Report: ‘Great’ player may not play for Newcastle again after January
HITC 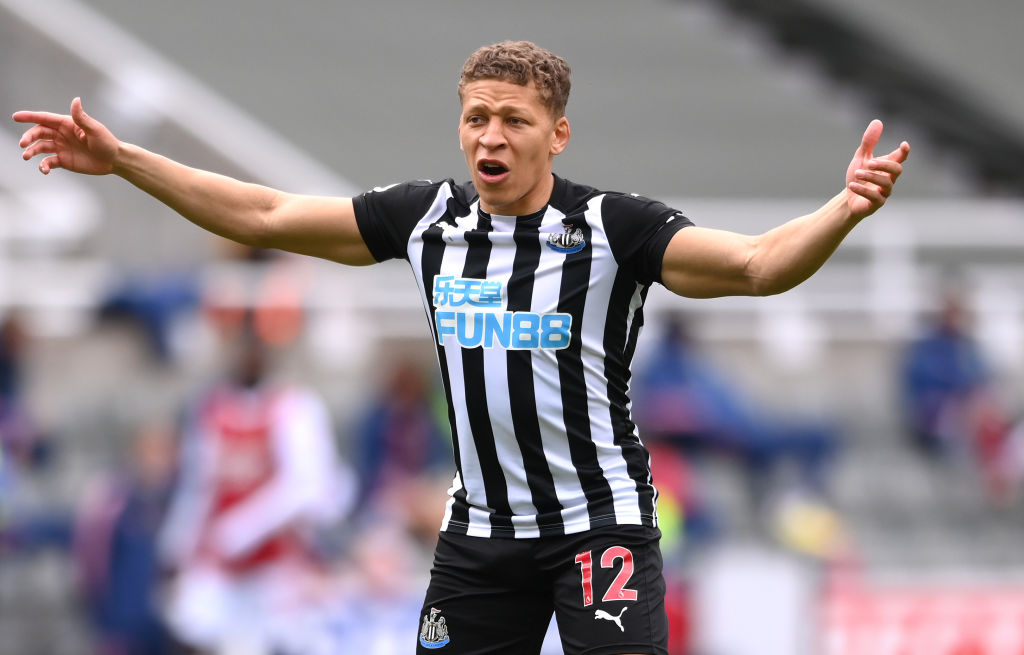 According to The Telegraph, Dwight Gayle has been made available for a loan deal with an obligation to buy in January.

The striker has been out of favour for quite some time at St James’ Park. He only played 18 times last season in the league, while he’s only played 21 minutes of Premier League football this term.

It’s no surprise to hear that Newcastle are open to letting Gayle go. After all, they’re now one of the richest clubs on the planet and he’s not in their plans.

So, where could Gayle go? Well, a return to the Championship appears to be the most likely option for the 32-year-old.

Indeed, the striker is already attracting interest from Nottingham Forest, while his former club West Bromwich Albion are also apparently keen to bring him in.

Gayle has been a good servant for Newcastle, helping them get promoted back in 2016/17, but if this loan with an obligation to buy comes to fruition, he may not play for Newcastle again after January.

If this is the end for Gayle, we shouldn’t forget just how brilliant he has been for Newcastle in the past, Rafa Benitez even described him as a ‘great player’ back in 2016.

However, The Telegraph’s report states that this obligation would rely on promotion from the Championship, and with Fulham and Bournemouth seemingly running away with the two automatic spots, there is a chance that Gayle will once again be back at St James’ Park next summer.

In other news, Mourinho suggests Tottenham target should leave soon, Conte really wants him to sign