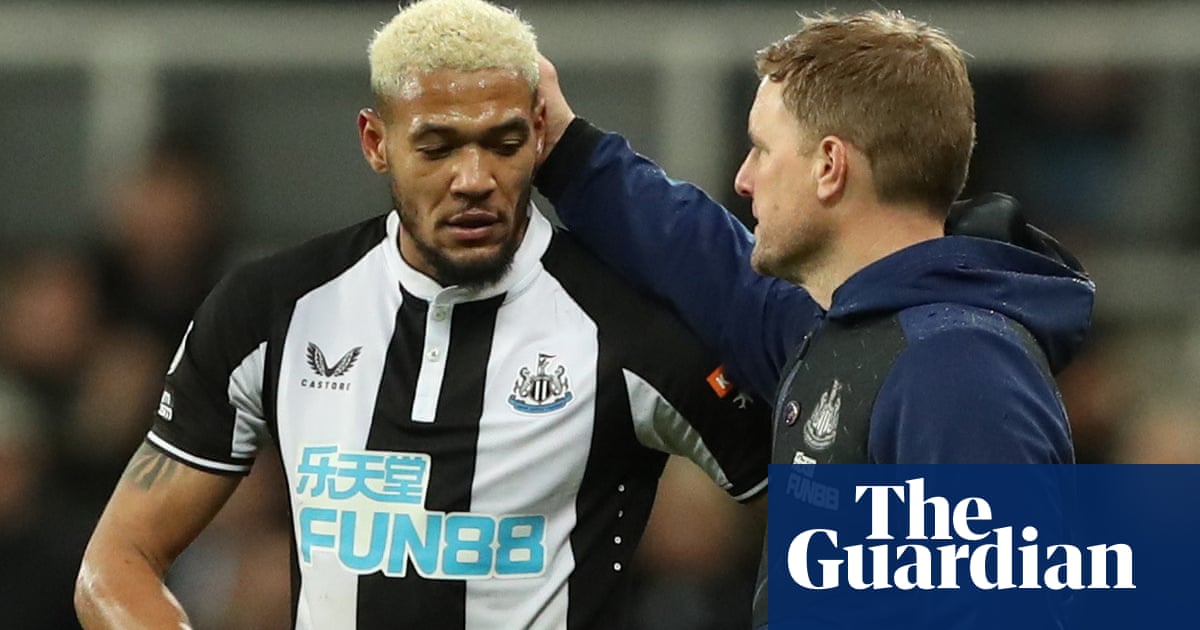 Eddie Howe is pinning his hopes on an apparently reborn Joelinton helping to spearhead a revival as Newcastle seek their first win.

Not that the £40m Brazilian striker will necessarily be leading from the front. Joelinton, who has looked a player transformed since Howe took over as manager last month, shone in a No 8 midfield role after Newcastle were reduced to 10 men by Ciaran Clark’s early dismissal during Tuesday’s 1-1 draw at home to Norwich.

Indeed Joelinton appeared a far better enforcer than a striker as he persistently frustrated Norwich. “He’s covered every blade of grass for us,” said Howe, who knows that with Newcastle increasingly adrift at the bottom, victory at home to his former club Burnley is imperative on Saturday. “Joelinton’s given everything for the team. He’s got a real selfless mindset and I think he can continue to improve; he’s going to be a huge player for us.

“We really, really like him; I think he’s got a good mix of physicality, technical ability and tactical intelligence. You saw some superb footwork from him in tight areas on Tuesday when he started as a No 10 and then moved to midfield where, after very little instruction, he showed high tactical awareness. He was brilliant.”

Howe has been particularly impressed by the versatility of a player his predecessor, Steve Bruce, once claimed was uninterested in scoring. “For me he’s already played three or four positions and played them all very well,” Howe said. “I think we’ll probably play him in different positions against different opponents.

“Joelinton can be whatever he wants to be … I think you have an outstanding individual who is only going to get better.”

There was a time when Newcastle seemed desperate to offload their low-scoring record signing but Howe has very different ideas. “I wouldn’t swap Joelinton,” he said. “I really like him as a person and I think we can take his game to new heights.

“After watching Joelinton on television before coming here I always liked him but, now having worked with him and seen the personality, the human being, behind the player, I like him even more.”