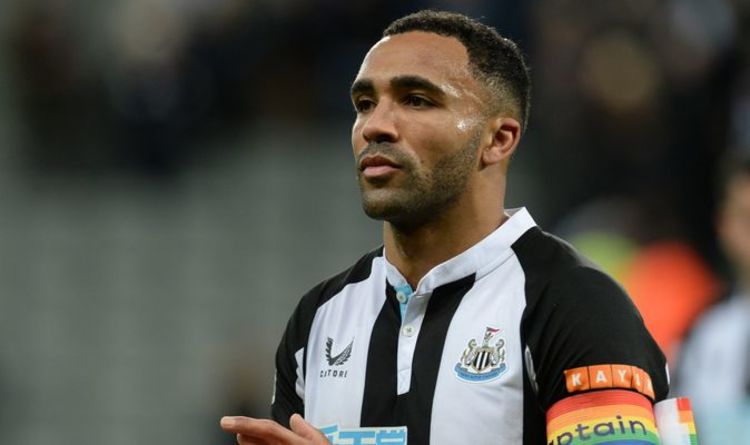 Newcastle United are weighing up a January move for Rennes forward Gaetan Laborde in order to provide Callum Wilson with some additional competition for his regular spot in the side, according to reports. The Magpies are widely expected to spend heavily at the turn of the year as they look to boost their chances of Premier League survival with a number of exciting additions to their squad.

Newcastle have been tipped to emerge as one of the division's major players in the mid-season market following the recent completion of their lucrative Saudi-backed takeover.The consortium in question is understood to be worth in excess of £300billion due to the involvement of the Public Investment Fund, which represents the sovereign wealth fund of Saudi Arabia.A number of high-profile names have since been linked with Newcastle ahead of the January window, including the likes of Barcelona winger Ousmane Dembele and Porto forward Luis Diaz.

The Magpies have been tipped to recruit another forward in order to improve their options in attack after scoring just 16 goals in the Premier League since the beginning of the campaign.

Wilson has led the attacking charge for Newcastle in recent weeks but will be unable to fire the club to safety on his own.

It seems as though the Magpies could turn to a lesser-known solution at the top of the pitch in their bid to retain their top-flight status between now and the end of the campaign.

They have identified Laborde as a priority target, with the club's owners looking to snap him up as part of their rebuilding project on Tyneside, according to Homme du Match.

The 27-year-old has established himself as a key man for Rennes in recent months, scoring 14 goals in all competitions since the beginning of the campaign.

He only arrived at the club in pre-season but is already the subject of considerable interest from elsewhere, with Wolves also said to be keeping a close eye on his progress.

However, Newcastle appear to be the early frontrunners in the race for Laborde's signature.The Magpies are reportedly prepared to double the £13million fee paid by Rennes to secure his services from Montpellier back in August.Laborde's current employers are said to be willing to sell their man if they receive a concrete offer from an interested party that would be impossible to turn down.Meanwhile, it remains to be seen whether Newcastle will decide to act on their interest in Laborde in January or snub a move for the forward in order to pursue their other targets.

Manager Eddie Howe recently suggested that a large-scale overhaul will not be required in January, insisting that his current group of players are more than capable of staying in the division when firing on all cylinders.

The Magpies are expected to be heavily backed in future transfer windows (Image: EXPRESS)

"I can’t make any promises on that," Howe told reporters earlier this week when quizzed on his plans for the mid-season market."But I can promise that the people above me, the owners, will support the team and support me in trying to achieve what we need."That’s all I can say at this time. It would be foolish of me to make rash promises or statements."My priority at the moment is to get the best out of the players we have. I don’t think there are any limitations on what we can achieve with the group of players we have here.

"We have to improve performances, improve results and once confidence returns to the team, I think you will see a different team."