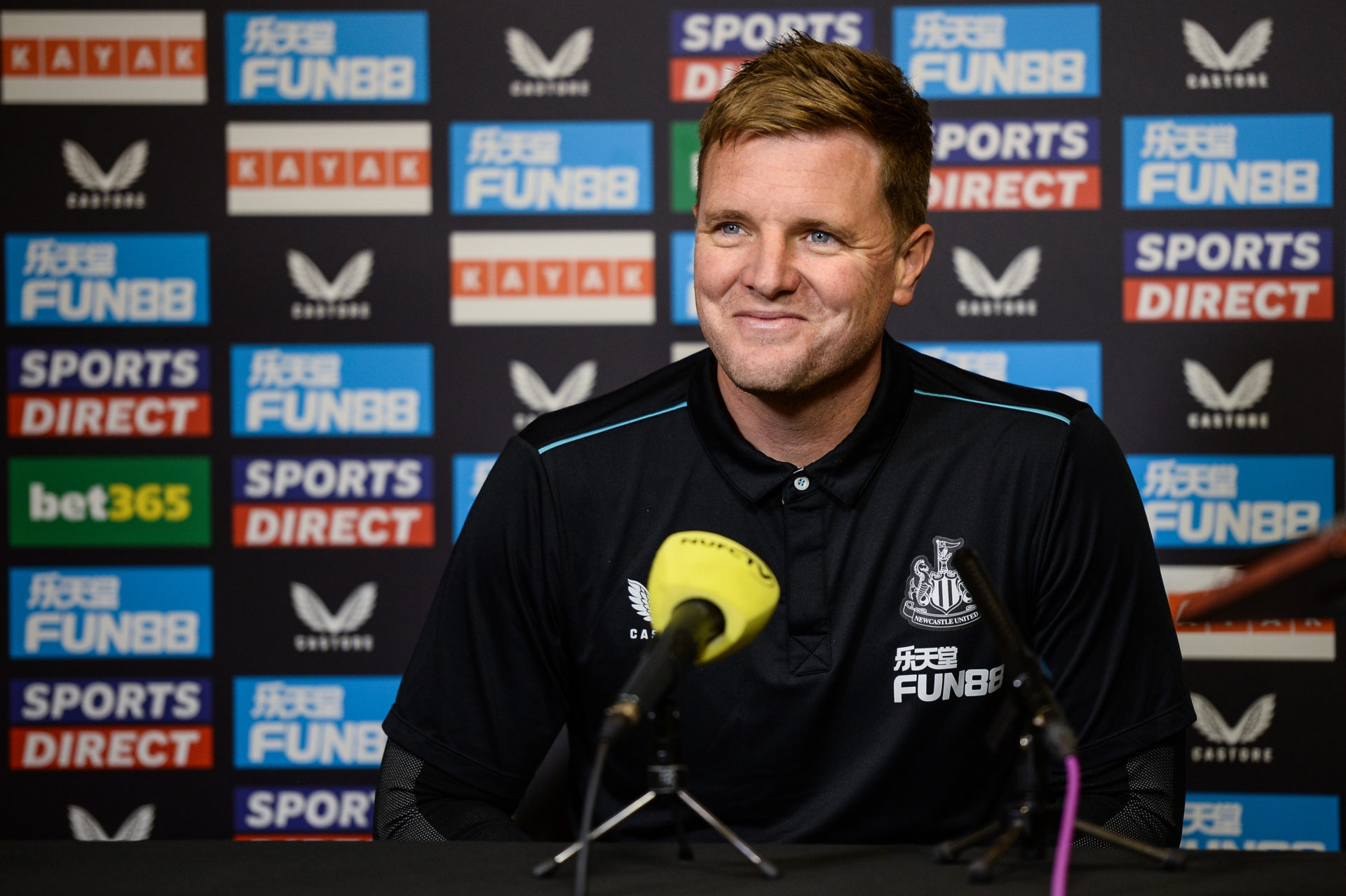 Speaking on the Stadium Astro YouTube channel, Jonjo Shelvey has been speaking about Eddie Howe and the impact he’s having at Newcastle.

Howe is the Magpies’ new manager, and while he’s still yet to win a league game with his new club, things are looking up under this new regime.

Howe has certainly changed things since Steve Bruce was sacked, and Shelvey used just one word when he was asked what the gaffer has brought to the club.

“Eddie Howe, he was inspirational at Bournemouth, what has he brought to Newcastle,” The interviewer asked.

The midfielder then went on to elaborate on the impact Howe is having, stating that everyone is buying into his philosophy.

“He’s been spot on since he came through the door, he’s brought a real freshness to the training ground and everyone has bought in to what he wants to do and what he’s set out to do.”

Howe has brought a new intensity to Newcastle, and that’s exactly what they need.

Under Steve Bruce, the Magpies were way too lackadaisical in their play. They sat deep and almost allowed the game to be played for them, being reactive rather than proactive on the pitch.

However, Howe’s Newcastle have already shown that they like to impose themselves on any match, and while it’s not brought about results so far, it’s made for entertaining viewing and, in time, it could begin to work.

In other news, 'Not having a go': Thierry Henry critical of Arsenal man despite him 'doing very well'