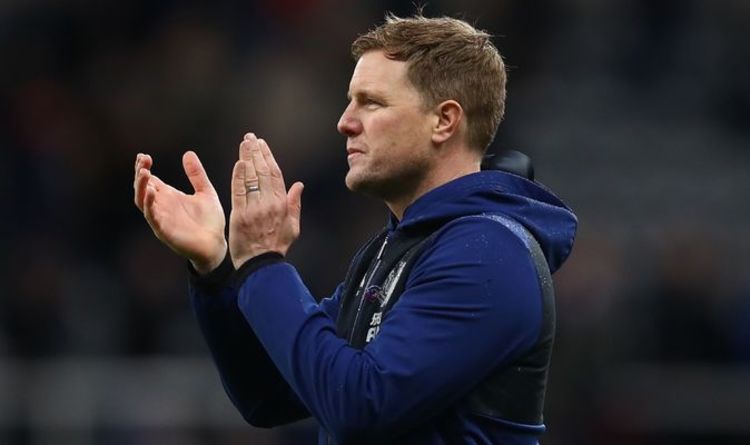 Newcastle's newfound wealth has given fans of the Tyneside club plenty to get excited about in terms of incomings. And given the club's poor league position, signings will likely be imperative if they are to keep their Premier League status - with four English stars including Jesse Lingard being linked with a move to the club.

The Magpies currently occupy bottom spot in the top-flight, with no wins so far this season.

With a tough run of fixtures over the Christmas period, it is likely the Magpies will enter the new year in the relegation zone under new boss Eddie Howe.

New additions will be vital to their immediate future, with the newly rich outfit staring the Championship in the face.

And with that in mind, a report by the Telegraph states that Manchester United outcast Lingard amongst three others have been linked with a move to the club.

Eddie Howe could be in the market for experienced Premier League players (Image: GETTY)

Lingard's contract expires in the summer after refusing to sign a new deal over game time promises, making him a prime target for clubs to snap him up for a cut-price fee.

Having also been linked to West Ham where he endured a successful loan spell last season, Lingard seemingly has plenty of options.

But Newcastle could offer him financial security, with game time a virtual guarantee - and the same could go for other fringe players at some of the Premier League's biggest teams.

Harry Winks and Ross Barkley have also been linked with a move to the north east as they struggle for game time at their respective clubs.

Jesse Lingard has been linked with a move to Newcastle (Image: GETTY)

However with over a year-and-a-half left on his deal and consistent game time at Atletico Madrid, a transfer would seemingly be harder to complete.

“I think that was a really difficult moment so early in the match to be down to 10 men but I thought the players responded magnificently," manager Eddie Howe said after the 1-1 draw against Norwich on Tuesday.

“They gave everything, I can’t fault any of them for the effort and commitment they’ve given in the match."