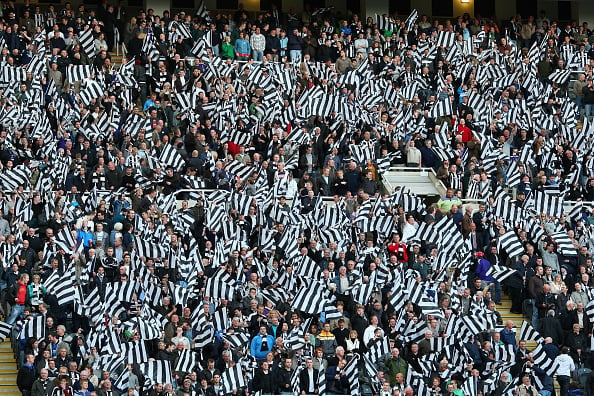 Newcastle United supporters have lauded Tim Krul for handing his goalkeeping jersey to a young fan after full-time on Tuesday night.

Both Newcastle and Norwich – who are sitting in the Premier League’s relegation zone – played out a nerve-racking 1-1 draw at St James’ Park.

It was a busy evening for both keepers, including Krul who would have been disappointed that he wasn’t able to save Callum Wilson’s second-half penalty despite getting a hand to it.

Given that Krul is a bit of a penalty-saving expert, he did try his best to upset Wilson before the spot-kick was taken and put him off, but it didn’t work.

Whilst the Dutchman remained competitive on the pitch, after the full-time whistle, the Newcastle faithful praised his actions.

Krul is someone who is still fondly remembered by the Geordies and his actions didn’t go amiss on social media.

Nonetheless, given that Eddie Howe’s side were down to ten men for large parts of Tuesday’s game, they will still be hurting that they didn’t manage to put those first three points on the board.

The Magpies can have all the money in the world, but this is a serious test awaiting the new man in their dugout.

One thing is for sure, expect Krul and his Norwich side to be fighting right till the end with Newcastle for survival.

Here is a selection of Newcastle supporters reacting to Krul after the FT whistle:

Love @TimKrul great keeper for us at a very yoing age, a keeper i wish we'd kept. But he always appreciates the St James's Crowd. Nice bloke, top pro. But could've at least thrown the ball in his own net to give us the 3 points……🤣😉

Pure class from Tim Krul, always gets a great reception at SJP. There is mutual respect ✊🏽- fantastic gesture at the end too. Ivan Toney could learn a lot #NUFC

Can’t help but love Tim krul. One player that gave his all for the club when he was here.

@TimKrul absolute class act. Got a huge reception at the start of the game

all class from Timmy as always 👏🏽

Was a great player for us and a model professional.

In other news, West Brom want to sign 29-year-old who scored hat-trick against Allardyce