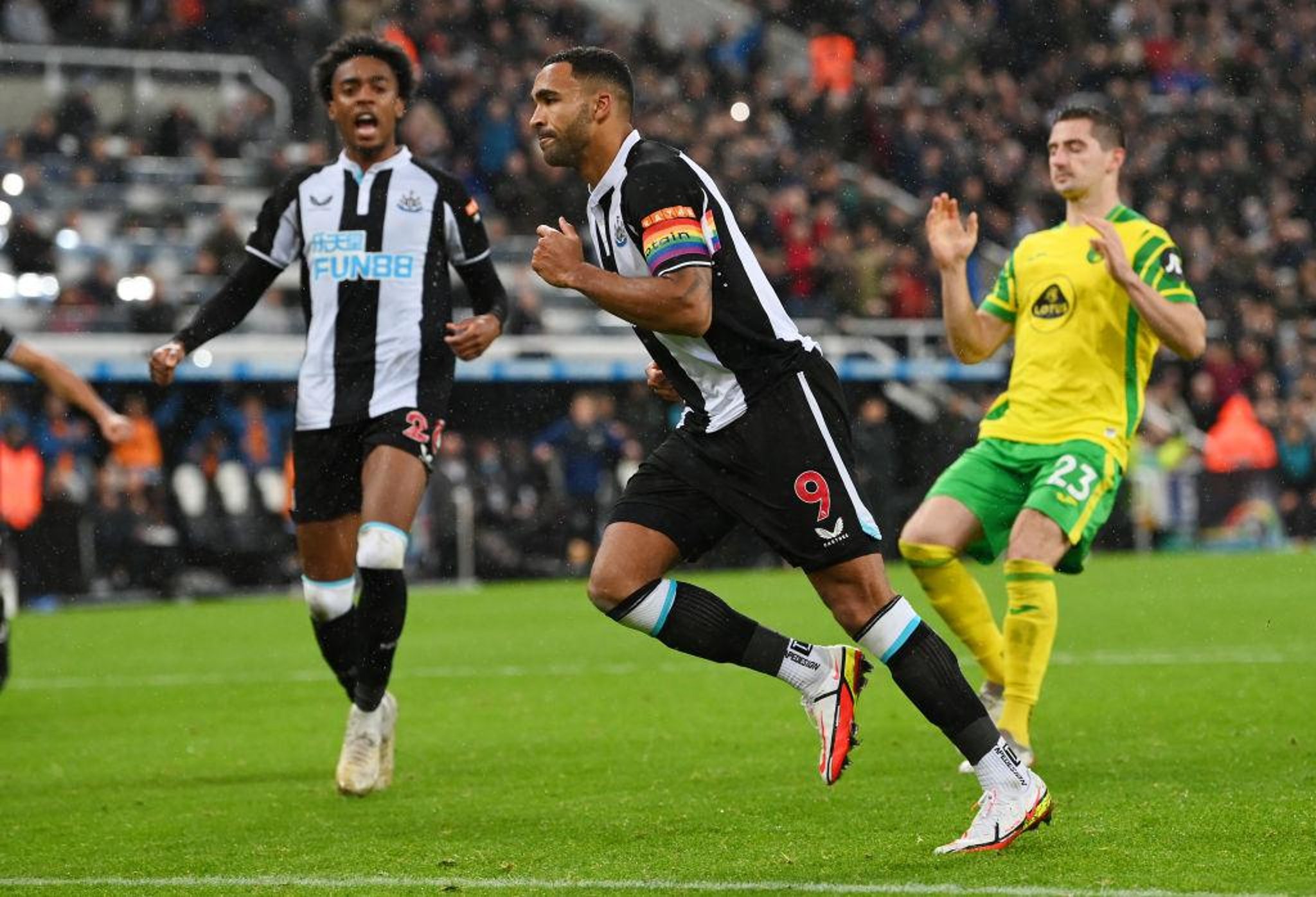 Callum Wilson celebrates after scoring from the penalty spot.

This game had everything. Newcastle United put in a bloody-minded performance after a catastrophic blunder from Ciaran Clark early in the game.

Fans will have feared the worst when Clark was dismissed, but Howe’s exhausted players left the field at the end of tonight’s 1-1 draw against Norwich City frustrated that they hadn’t won for the first time this season – and that says everything.

Newcastle, it seems, are going to have to do everything the hard way this season.

Howe had watched the club’s previous game from his hotel room, having tested positive for Covid-19 the previous day. The 43-year-old heard the roars that greeted each of his team’s three goals against Brentford. Those strikes weren’t enough to claim that elusive first win – the game ended 3-3 – and Howe was back for the weekend’s fixture at Arsenal, which ended in a 2-0 loss for Newcastle.

Those results left the club 20th in the Premier League ahead of the game.

The last time United had been bottom of the division in the 2015/16 season they had also faced Norwich – and they won 6-2 thanks to four goals from Georginio Wijnaldum. There was to be no repeat this time.

A “we are United banner” was unfurled in the Gallowgate end before kick-off time, and the first whistle was greeted with an almighty roar at a stadium which had been the setting for months of dissent before the departure of Steve Bruce. The crowd was up for the game – but they had no idea what was coming.

Howe recalled Clark, Jamal Lewis and Javier Manquillo to his starting XI. However, Clark, preferred to Federico Fernandez in the starting XI, was to last just nine minutes on the pitch.

The defender his Teemu Pukki with a botched clearance, and he pulled down striker as he ran towards goal. Howe turned away in disbelief, and Clark, fully aware of the potential consequences of his error, paused on his way off the pitch. Clark couldn’t believe what he’d done either.

The 32-year-old would have been better off letting Pukki have a shot at goal. As it was, his rash decision left Newcastle to play 81 minutes with 10 men.

Howe swapped Ryan Fraser for Fernandez in a tactical change following the dismissal. Fernandez settled into game, and his performance underlined why many fans feel that he’s the club’s most reliable defender.

United got to the break with the score goalless, and the real drama was yet to come. Fernandez met a Jonjo Shelvey corner with his head, and his effort struck Billy Gilmour’s raised arm. After a pitchside VAR check, referee Andy Madley pointed to the spot.

Callum Wilson, wearing the captain’s armband in the absence of Lascelles, stepped up to take the penalty. Former Newcastle goalkeeper Tim Krul got a hand to it, but he couldn’t stop it bouncing over the line.

The goal energised the team and the crowd, but Pukki levelled for Norwich with a superb left-footed volley in the 79th minute.