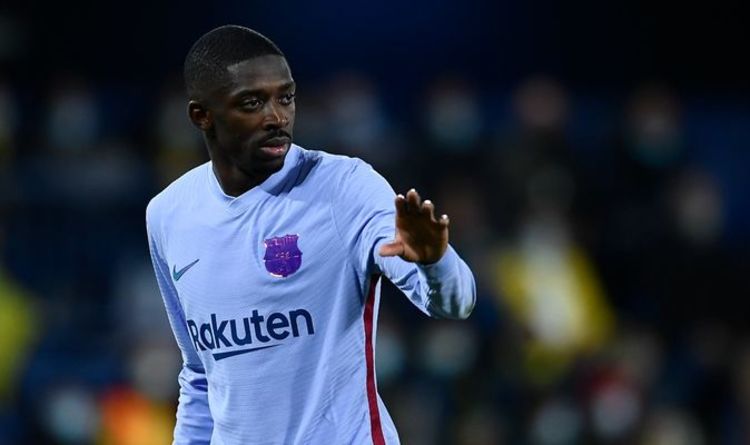 Ousmane Dembele has issued a contract ultimatum to Barcelona as a potential move to Newcastle United gathers pace. The winger has endured a disastrous time at the Nou Camp since joining from Borussia Dortmund four years ago.

Much of those problems have stemmed from injuries, which have sidelined him for a significant chunk of his Barcelona career.

Those issues have continued this term, with the Frenchman making only three appearances so far.

A knee injury suffered that he suffered last year has only just fully healed, with Dembele only fit enough to appear from the bench this campaign.

He is also hardly endearing himself to new boss Xavi, with Dembele’s contract having entered its final year.

The 24-year-old will be free to sign a pre-contract agreement from the start of the January window, which could force Barca to sell him for a cut-price fee.

JUST IN: Man City ace Ferran Torres has 'agreement to sign for Barcelona'

Talks over a new deal for Dembele are stalling, with the possibility of him leaving Catalonia becoming ever more likely.

According to Sport, Barca have been putting pressure on Dembele and his representatives to sign an extension.

It is stated that a ‘decisive’ meeting between the two parties has been scheduled in for this week in an attempt to finally end the long-running saga.

Negotiations are described as being ‘tense’ though Xavi has told Dembele that he wants to keep the winger, with Barca having improved their original offer.

Newcastle are the frontrunners to sign Dembele thanks to their Saudi Arabian ownership (Image: Express Sport)Dembele's Barca career has been devastated by injuries (Image: Getty Images)