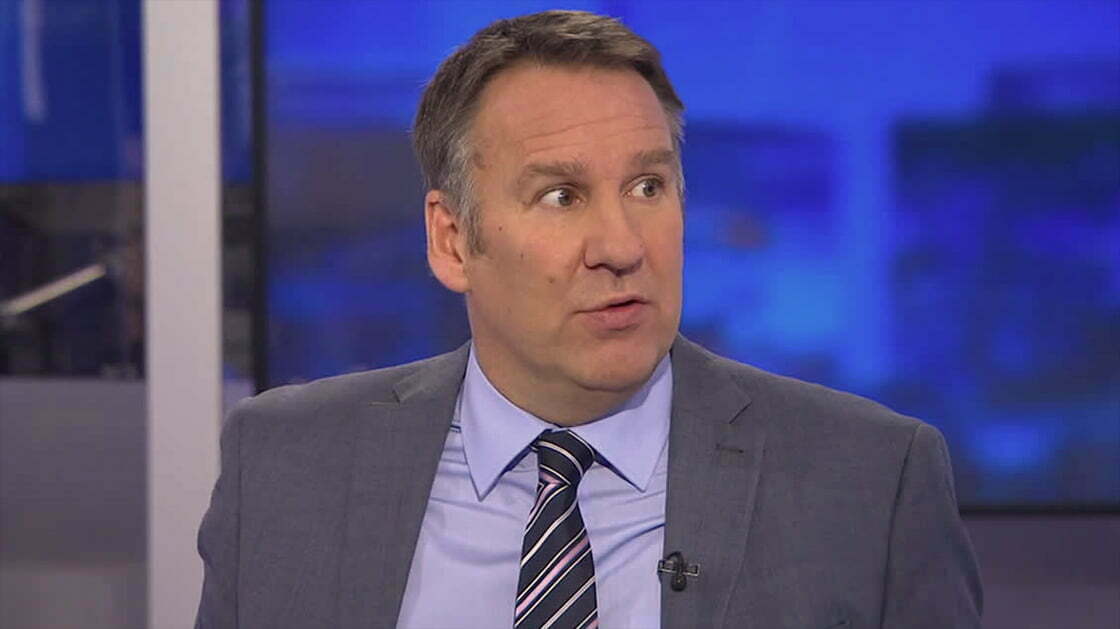 Paul Merson has been talking about Newcastle United’s chances of avoiding relegation.

The former Arsenal player declaring: ‘I can’t emphasise how massive the next four days are for Newcastle.’

According to Merson, unless Newcastle United win both of these relegation clashes, they will ‘probably’ be relegated.

Well, I think we had all worked that one out, over a third of the season now gone and as Newcastle fans we are under no illusions, if these kind of matches aren’t won, any hope of survival will swiftly fade.

Paul Merson predicts that if Norwich are ‘brave’ they won’t get beat…but also predicts a 2-0 victory for Newcastle United. His reading of the situation is that four points from Dean Smith’s opening two games will see them not be so brave and go for a point.

According to Paul Merson this is a ‘must win of the highest order’ on Tuesday night and indeed, Newcastle’s first ‘cup final’ since losing to Man Utd in 1999.

Merson describes the approach to the Brentford match as ‘gung-ho’, seemingly a criticism because of the three goals conceded that prevented a win. However, in reality, none of the three goals saw Newcastle caught short at the back when attacking, instead it was really poor defending, with Karl Darlow badly at fault for the first and third.

Newcastle United could and should have won that Brentford match as Eddie Howe definitely had his approach right, Newcastle ahead in every important stat apart from the final result, as they had more shots (23 v 10), efforts on target (9 v 4), corners (8 v 2) and possession (52% v 48%).

Brentford are a better team than Norwich and if Eddie Howe gets Newcastle playing on the attack to the level they did against Brentford, then it will be three points to NUFC.

“This is a massive game for both teams.

“Norwich have turned the corner a little bit with two good results in the Premier League. They did well against Wolves and probably could’ve beaten them.

“Norwich have now put themselves in a position where they can afford to just draw this game.

“They sat back against Arsenal and kept it tight – fair play to them.

“When they have to go win a game, however, I’m not sure they’re good enough to keep a clean sheet.

“I can’t emphasise how massive the next four days are for Newcastle.

“If they don’t win their next two games, they probably will be relegated by the end of the season.

“They haven’t played a cup final in god knows how long – this is a cup final.

“It’s an absolute must-win game of the highest order.

“They’re already six points adrift, and they have to win these two games.

“If Norwich are brave, I think they can get something out of this.

“I think Norwich are going to sit back and let the hosts play, and that could play into Newcastle’s hands this week.