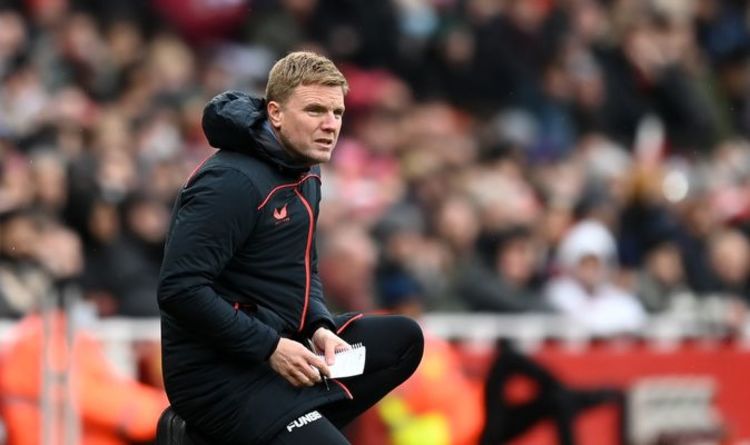 Newcastle head coach Eddie Howe has confirmed there will be backing in the transfer window from the new Saudi ownership in the club’s bid to avoid relegation. Howe oversaw a 2-0 defeat to Arsenal at the Emirates in his first game in the Newcastle dugout as the club’s woes continued.

He had been forced to watch his first St James’ Park home fixture from afar due to a late positive Covid test as his side drew 3-3 against Brentford.

Howe is under immediate pressure to arrest a poor run of results and help the Tyneside club move off the foot of the Premier League table.

Newcastle are without a win in their opening 13 league games and are now six points behind 17th placed Leeds.

The consortium who completed the lucrative takeover in the North East are said to be worth up to £300bn due to their involvement with the Public Investment Fund, which represents the sovereign wealth fund of Saudi Arabia.

Significant money is expected to be spent to save Newcastle’s season, but Howe has stopped short of promising top signings.

“It is very difficult to make any promises that we will definitely spend money and sign players,” Howe said.

“That is why, as everyone knows, January is an incredibly difficult window to recruit players, especially when your league position is difficult.

“So, I can’t make any promises on that. I can promise that the owners, and those above me, will support me and the team in trying to do what we need.