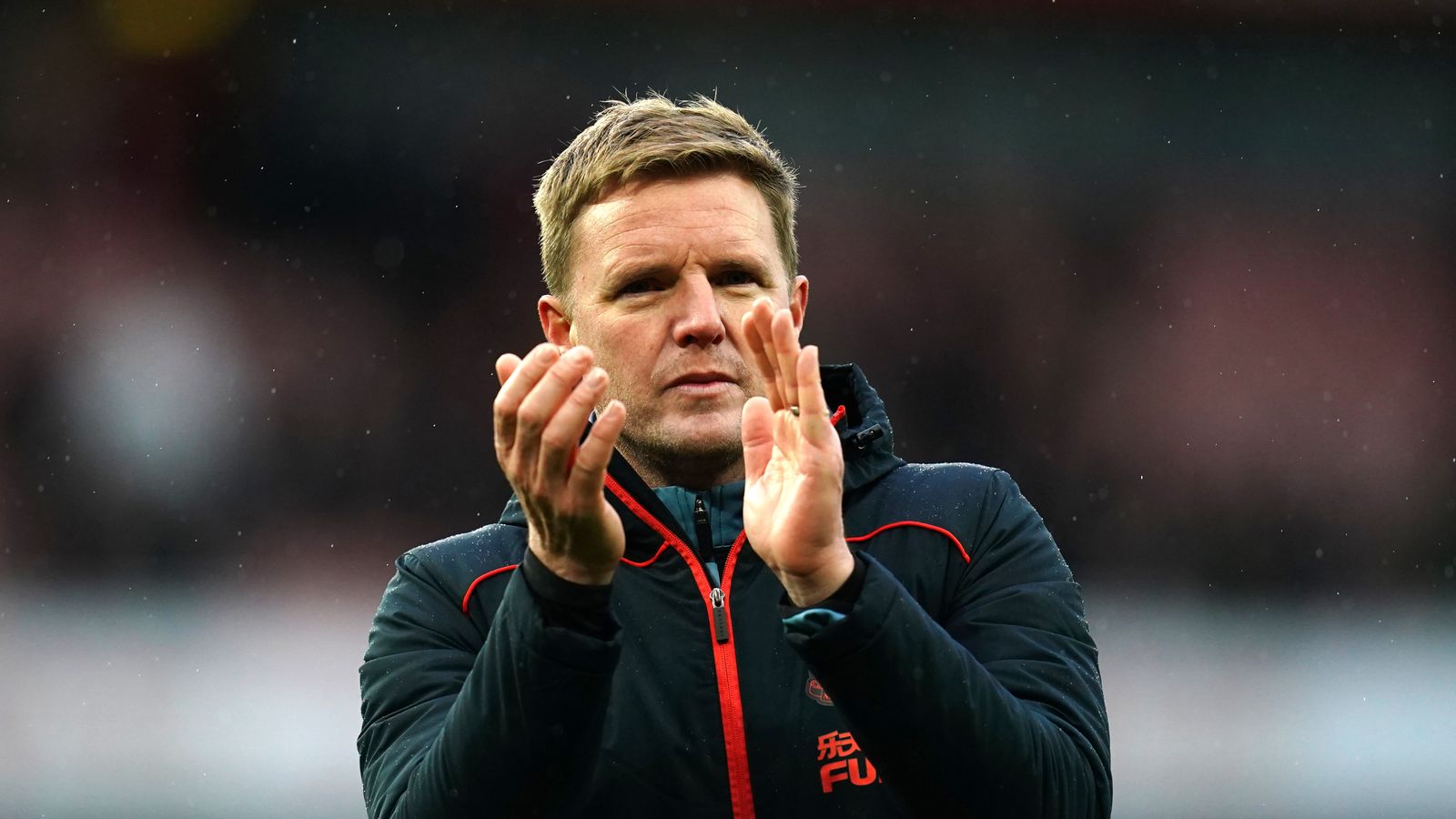 Eddie Howe has insisted it would be "foolish" for him to promise that Newcastle will buy their way out of Premier League relegation trouble in January.

Howe celebrated his 44th birthday on Monday by preparing his team for Tuesday night's clash with Norwich in the hope that they can win a Premier League game for the first time this season at the 14th attempt.

The Magpies' new Saudi-backed owners have indicated they will invest significantly in the squad during their tenure, but Howe knows he cannot rely on spending power alone to preserve their top-flight status.

Asked if he had been assured of backing in the winter transfer window, he replied: "I can't make any promises on that, but I can promise that the people above me, the owners, will support the team and support me in trying to achieve what we need. That's all I can say at this time.

"It would be foolish of me to make rash promises or statements. My priority at the moment is to get the best out of the players we have."

FREE TO WATCH: Highlights from Arsenal's win against Newcastle in the Premier League

Howe, who threw his backing behind the Premier League's Rainbow Laces campaign amid ongoing condemnation of Saudi Arabia's treatment of the LGBT+ community, has seen signs of improvement in his team in the two games since his arrival, but knows a defensive frailty needs to be eradicated if they are to drag themselves out of trouble.

But asked if he subscribed to former Newcastle boss Rafael Benitez's "short-blanket" theory to describe the phenomenon of his team leaving itself exposed by over-committing in attack, he said: "I don't believe in copying Rafa's statement. 'Stretching the blanket' would be a better way of looking at it for me, coaching and educating and helping the players.

"I don't think there are any limitations on what we can achieve with the group of players we have here. We have to improve performances, improve results and once confidence returns to the team, I think you will see a different team.

"But attacking and defending is always a delicate balance for any team and we just need to get that right."

Howe, who will be without suspended defenders Jamaal Lascelles - his captain - and Matt Ritchie, will be in the dugout at St James' Park for the first time after missing the last home game having tested positive for Covid-19.

He is now recovering from an illness he admits had a significant physical effect on him, and while he knows matches against fellow strugglers Norwich and Burnley this week could prove pivotal ahead of a testing December fixture list, he is not allowing himself to think too far ahead.

He said: "They say the world looks very different on the back of one result, so let's just give everything to that."