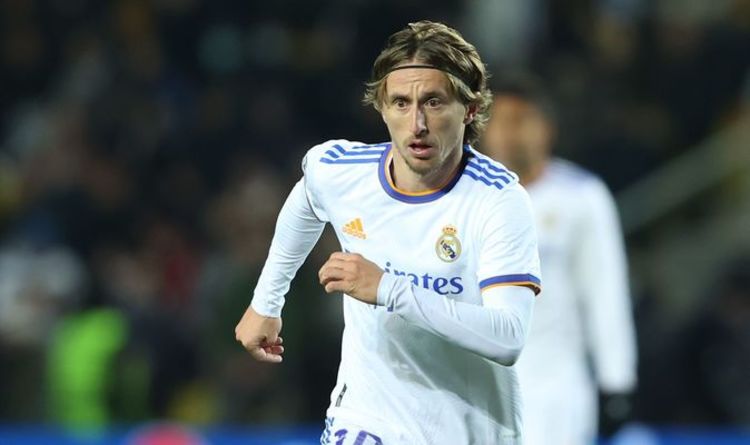 Real Madrid midfielder Luka Modric is reportedly open to a Premier League return - but he has ruled out joining Newcastle or his former club Tottenham.

Modric joined the La Liga giants over nine years ago in a £30million transfer from Spurs and has amassed over 400 appearances for Los Blanco.

The Croatian midfielder's current deal is up in the summer and negotiations over fresh terms have stalled due to Real's policy of only offering one-year extensions for players over 30.

That stance has irked Modric; who is now open to an exit from Spain amid interest from a clutch of Europe's top clubs.

Luka Modric could be on the move from Real Madrid (Image: GETTY)

According to SuperDeporte, Modric believes he's still an important player for Madrid and is dismayed with their decision to stick with their contract policy.

As a result, the 36-year-old would be open to returning to England, but he would only be interested in linking up with Manchester City due to their network of clubs.

Modric is reportedly enticed by the prospect of another stint in England before seeing out his career in America with City's sister club, New York City.

Although it remains to be seen if City would be interested in a potential move, Modric's preference is set to leave both Newcastle and Tottenham disappointed.

Newcastle are now the wealthiest club in England (Image: EXPRESS)Modric was a fan favourite at Tottenham (Image: GETTY)