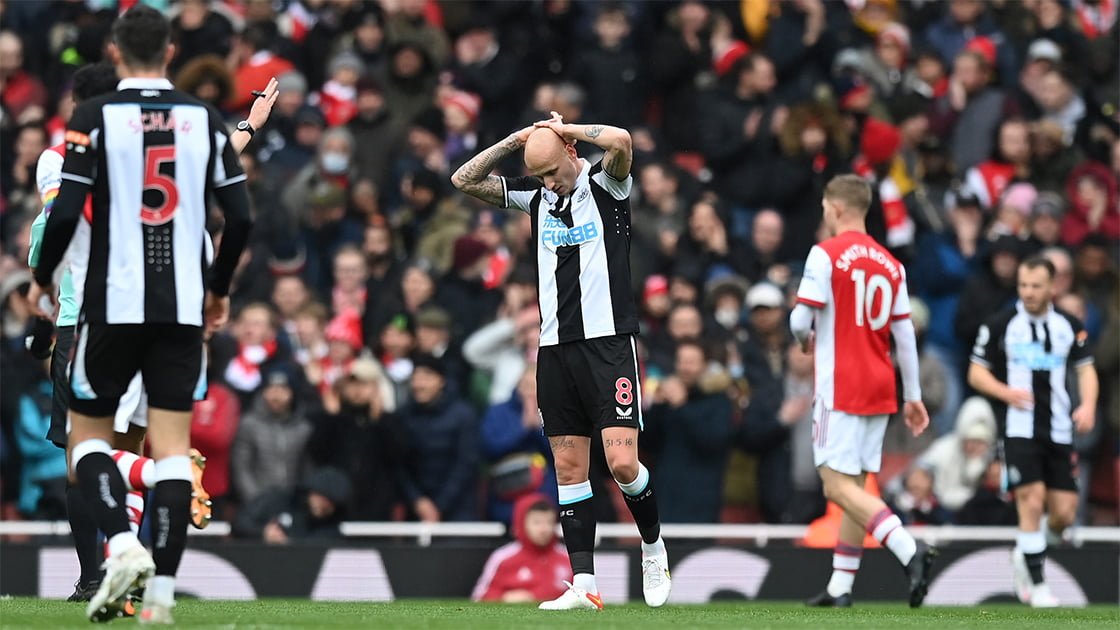 Intriguing to read through these BBC Sport comments following Newcastle’s defeat away at Arsenal.

The comments from neutrals especially telling…

This is what Newcastle United fans are up against these days.

These BBC Sport comments from neutrals, with a fair sprinkling of amusing trolls!

The BBC Sport readers comments, mainly from neutrals, although the odd Arsenal and Newcastle fan also contributing, tells you all you need to know about what Newcastle fans are facing now.

‘Good business by the Saudis, they bought themselves a well supported championship side.’

‘Not an Arsenal fan but glad they won. Anyone who beats a team owned by this horrific regime has to be applauded. Championship beckons NUFC.’

‘Wow Newcastle will be the richest club in the championship soon..’

‘If Newcastle dont win every game in the Championship next season then it will be a failure.’

‘At least they tried, that’s all Newcastle fans ever wanted.’

‘Eddie Howe is the star-manager the fans wanted, and got an immediate boost in performance today, but with all the turmoil of boardroom changeovers at NUFC, keeping some calm stability on the team front with Steve Bruce at the helm for balance of season, then start with fresh slate of players and manager for next season.’

‘Mike Ashley must be laughing, he sold a championship club for £300m.’

‘It’s because of him why we are heading for the championship.’

‘They don’t deserve him.’

‘Good performance from Arsenal and two lovely goals. The progression is there for all to see. Aubameyang is a problem though. I’m not sure he suits the way they’re trying to play, and clearly his concentration in key moments is lacking.

As for Newcastle, I wish them all the best. There’s still time. They’re a dirty team though so I wouldn’t be sad to see them go down.’

‘You have to sink to the National League to find another team than Newcastle that hasn’t won a league match this season (Dover if you’re interested and they’re in a world of pain off the field).

And every club in 6th tier has won a league match.’

‘Carlton Cole saying Newcastle should be happy with that. Sorry, am I missing something?’

‘I wonder if the Newcastle fans will be blaming Steve Bruce for this defeat.’

‘Well it is his squad Howe has inherited and he along with Ashley are the main culprits for our demise.

Relegation for us us a distinct possibility possibility and will please many people but make no mistake, we will return, but we are not gone yet.’

‘How have the NUFC fans treated Bruce badly? I don’t see clubs lining up right now to employ Bruce.

If he was such a good manager, Man Utd would have offered him the job for 6 months…’

‘When Newcastle fans were singing in the street and blatantly said they didnt care about their owners human rights record… because all that mattered to them was their little team winning trophies. I’m more than happy to watch them get relegated.’

‘Its like Mike Ashley knew Newcastle’s stay in the PL had come to an end and sold up. Doubt he’d get £300m when they go down.’

‘It’s more like Ashley planned for failure by renewal of contracts for existing players rather than investing in younger, better players.

Also think he deliberately improved Bruce’s and Charnley’s contracts knowing it would cost the new owners more to get rid of them.

He’s the sole reason Newcastle are where they are.’

‘Even as a Tottenham fan I enjoyed that victory over Newcastle United and its despicable owners.’

‘So funny that once we’ve checked our own teams results, we go straight to whatever the Newcastle game is in the hope they get all they deserve. Today they yet again did, and long may it continue. Shocking owners, shocking fans, close the door behind you.’

‘Another loss for Sportswash Staveley and MBS—great news!’