‘Bring him home’: Some Newcastle fans can’t believe what ex-star did yesterday for club
HITC 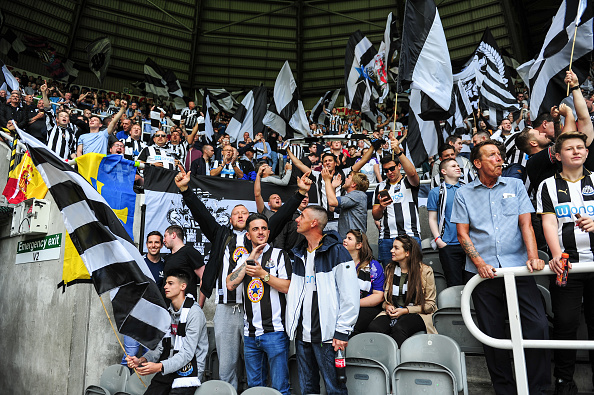 Andy Carroll is up and running at Reading after the former Newcastle star joined the Championship side earlier in the month on a two-month deal.

The 32-year-old striker, who was released by Steve Bruce last season, was signed by the Royals after becoming a free agent in the summer transfer window. Yet it hasn’t taken Carroll long to make an impact at Reading.

The ex-Newcastle star was on the scoresheet as Reading secured a massive 3-2 win over Championship rivals Swansea City. With Chelsea loanee Danny Drinkwater also amongst the goals for Veljko Paunovic’s side.

The result could prove to be a huge one, with the win taking Carroll’s Reading side four points off the Championship relegation zone. With the Royals enduring a rough start to the season.

Indeed, Carroll has asserted himself as a fan favourite wherever he goes, and it’s no different at Reading. With supporters of the Championship club already admiring the attacker’s performances.

With Newcastle failing to score against Arsenal earlier in the day, Carroll’s goals could have been useful for the Magpies. Yet that didn’t stop supporters from praising the veteran attacker on social media.

After all, Carroll was once one of Newcastle’s best players in the Premier Leage and a talent that looked the real deal. Yet as we all know, his then-English record move to Liverpool didn’t go to plan.

And although the striker wasn’t prolific in his second stint with Newcastle, fans are buzzing to see Carroll back amongst the goals in the Championship with Reading.

The attacker’s arrival could well see Reading climb up the table in the second-tier, with the Berkshire-based club failing to impress much this Championship season.

Can we bring him back please? https://t.co/0qE4Qt6exC

Yes @AndyTCarroll lad! Great to see you back amongst it! https://t.co/ZZstDQSA82

Honestly happy for him https://t.co/Ry29NxC1rs

In other news, ‘If they carry on’: Mark Lawrenson makes Leeds United prediction