‘This is a message’: Some Arsenal fans laud Edu signing after ‘masterclass’ vs. Newcastle
HITC 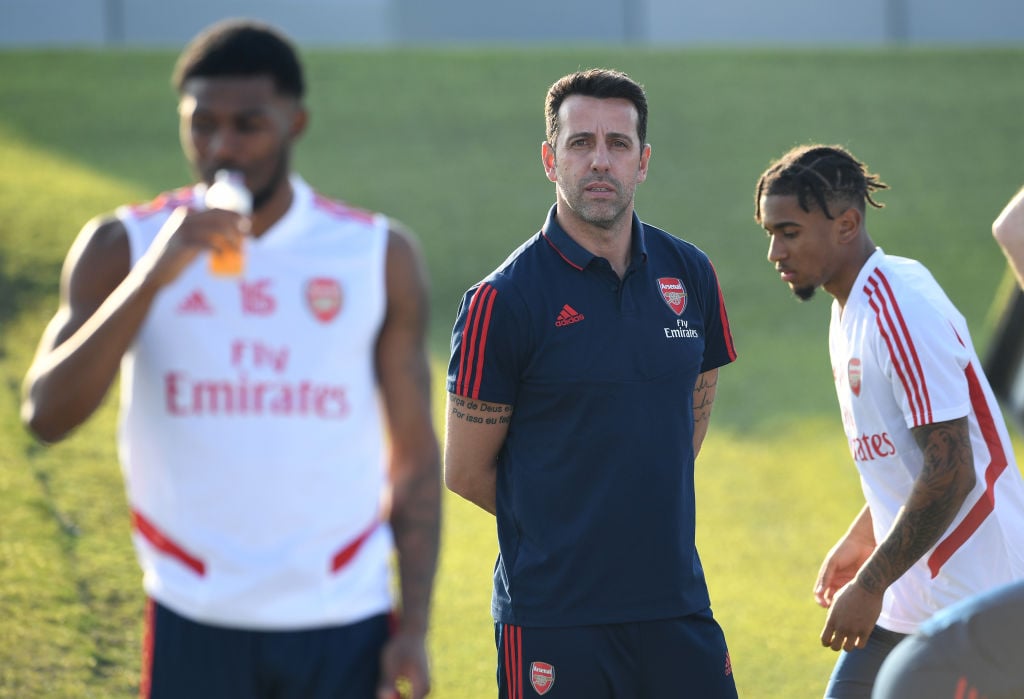 Arsenal returned to winning ways as the north London side won 2-0 against Newcastle, with Gabriel Martinelli bagging his first goal of the season.

The Brazilian attacker has endured a rough start to the campaign. Martinelli has only had a bit-part role in Arsenal’s Premier League season, with the winger playing just 185 minutes in the division.

Indeed, whilst Mikel Arteta has regularly said that Martinelli has a future at Arsenal, the lack of playing time has been a real concern for the Sao Paulo-born forward. However, more minutes could seen be on the horizon after yesterday.

Martinelli was brought on just past the hour mark for the Gunners after Bukayo Saka was forced off with injury, and the South American made an immediate impact, with the youngster scoring just 93 seconds after coming on.

Indeed, given the hardships Martinelli has endured over the past few months, it was a huge goal for the attacker. Who Edu Gaspar brought to Arsenal two years ago as an unknown quality from the Brazilian fourth-tier.

Based on Martinelli’s celebration, it was a huge moment for the 20-year-old forward. And the Emirates Stadium faithful were over the moon for the youngster as the crowd erupted into noise and celebration after the strike.

Arsenal fans laud Martinelli for first goal of the season

The prospect is a fan favourite in north London and is seen by some Arsenal fans as one of the top talents at the club. And Martinelli’s goal this weekend could be huge in how the rest of the winger’s season plays out under Arteta.

Moreover, it wasn’t just Arsenal fans at the Emirates who were buzzing that Martinelli had scored his first goal of the season. With supporters on social media over the moon for the 20-year-old.

This is a message to Auba and Arteta.

Gabi is gonna be a superstar, he just needs to now start getting regular and consistent gametime

really great effort and hard work from him. continues to grow and continue to improve, young players. he supports this team with determination and passion. honor his commitment to this club.🔴🔴💪💪