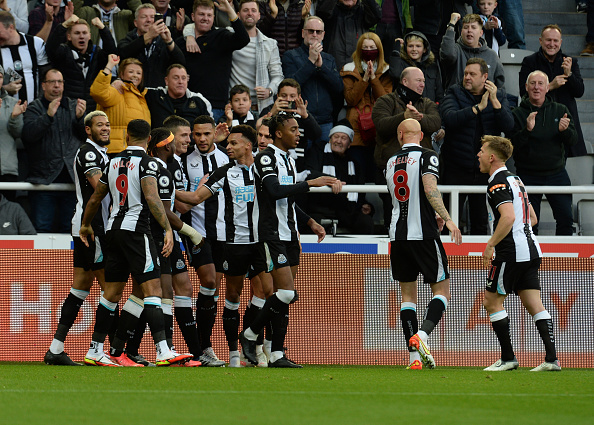 Arsenal got the better of Newcastle 2-0 at the Emirates Stadium on Saturday.

Saka scored the first goal for Arsenal in the Premier League game in the 56th minute.

Gabriel Martinelli doubled the advantage for the Gunners with a superb effort on 66 minutes.

Newcastle legend Shearer was following the match, and he was not impressed by how Lascelles defended for Saka’s goal for Arsenal.

Shearer said on Premier League Productions: “Look at Lascelles in the middle. He has got to smell the danger.

“He has got to realise that Saka is the problem, he has got to engage, he has got to come over a second earlier and do that rather than stand there and do nothing with his hands in the air. It’s terrible defending.”

We always knew that Arsenal were going to win against Newcastle.

After all, the Gunners were at home.

And they are in better form.

And they have a better team.

Newcastle were good defensively in the first half, but Arsenal were too much for them in the second half.

The Magpies are deep in relegation trouble now, and manager Eddie Howe has a really tough task on his hands.

In our view, Newcastle can still escape the dreaded drop to the Championship.

But, the players need to really step up.

PIF also have to sign a few new players in the January transfer window.