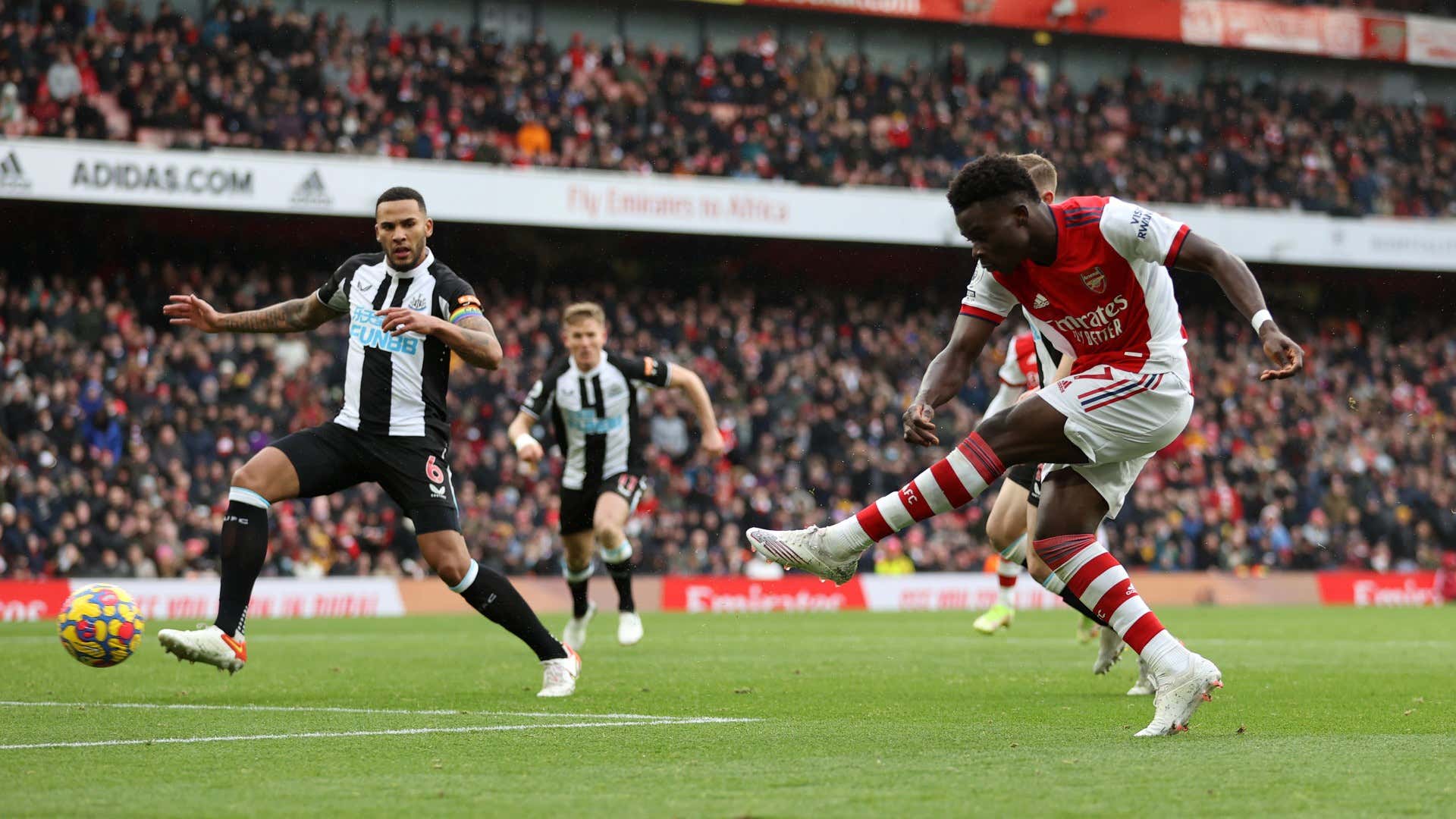 Arsenal boss Mikel Arteta admitted they face a nervous wait on the fitness of Bukayo Saka after the youngster finished Saturday's clash against Newcastle United in discomfort.

Saka broke the deadlock at the Emirates Stadium to set the Gunners on the way to a 2-0 victory, but was later withdrawn for Gabriel Martinelli with just under half an hour still to play.

With a huge midweek match on the horizon, Arsenal will be hoping he makes a swift return.

"It was an action where he said he felt something. He wasn’t comfortable to continue," Arteta told reporters when quizzed on Saka's fitness.

"We will have to assess him tomorrow and probably scan him to see if there is an injury there. He felt something muscular, we will see what it is."

As well as Saka, Gabriel Martinelli was on target for the Gunners as they deepened Newcastle's Premier League misery this season.

The Magpies lie rock-bottom of the division with just six points so far.

Arsenal meanwhile are on a roll having bounced back from a horrendous start to 2021-22.