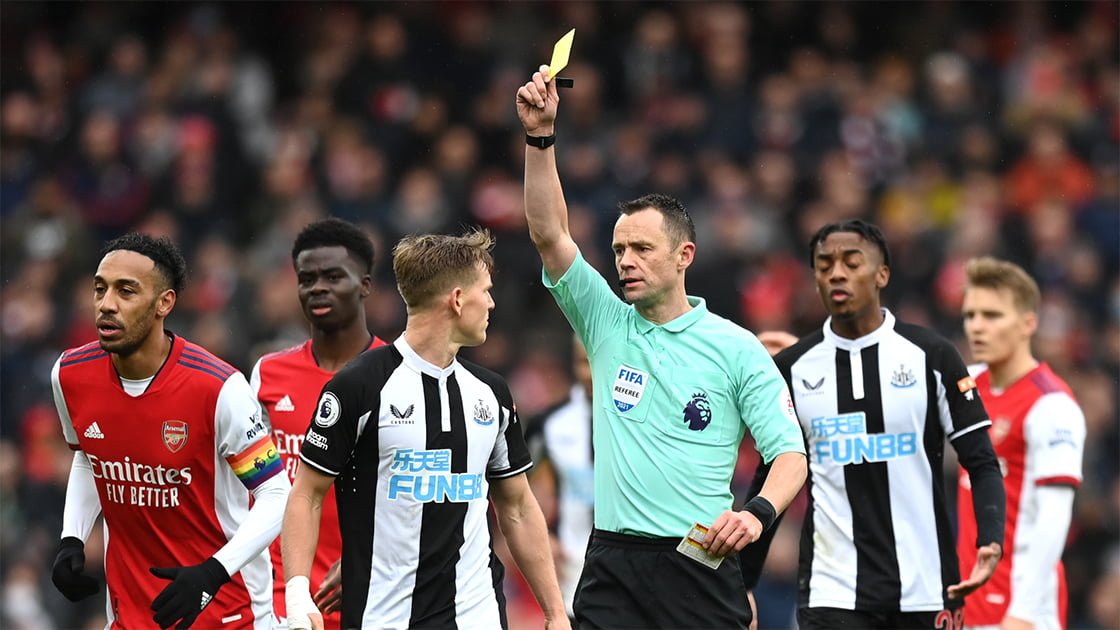 Eddie Howe will be without two more Newcastle United players on Tuesday night.

A trio of Newcastle United players went into the Arsenal match very likely to be suspended in the near future.

With two of the three ‘achieving’ that at the Emirates.

The rules stating that any player who gets five bookings from their side’s first 19 Premier League matches. will serve a one-match ban in the same competition (Yellow cards are not carried over to the League Cup or FA Cup).

This is the state of play with cards for Newcastle United players so far in this 2021/22 Premier League season after the Arsenal match:

3 Isaac Hayden, Jonjo Shelvey (2 of his 3 came in the home Spurs match leading to a red)

So Matt Ritchie and Jamaal Lascelles have now triggered an automatic one match ban, thanks to picking up a fifth PL booking of the season at Arsenal.

No doubt a fair number of Newcastle fans will wonder if this may just work to NUFC’s advantage, with both Lascelles and Ritchie having big question marks over them, when it comes to the quality of their defending this season.

Jamal Lewis hasn’t had a single start in the Premier League since February, whilst mysteriously, Federico Fernandez hasn’t even made the bench these past five PL games. These two would appear to be the most obvious to come in as replacements.

Wilson has to avoid another card in any of the next six Premier League games to avoid a one match ban of his own.

So, Man Utd at home is the 19th Premier League match of the season for Newcastle United and if any player gets a fifth yellow card of the season against Everton, it wouldn’t lead to an automatic suspension.

However, any Newcastle United players who accumulate 10 yellow cards in Premier League matches up to and including their team’s 32nd fixture, will then serve a two match suspension in the Premier League.