Newcastle could yet land one of their major targets

Arsenal 'not giving up' on Bruno Guimaraes transfer but Newcastle have made £33.4m bid

Newcastle hopeful of concluding deal with Lyon for Bruno Guimaraes

From France: Newcastle United have made €40m offer for Bruno Guimaraes today

Football - A matter of life and death

When Newcastle United came close to a Hillsborough situation - Video

Isaac Westendorf: Who is Newcastle United’s latest signing and why he impressed whilst on trial

Transfer window state of play: Where things stand for NUFC with less than a week until deadline day

Newcastle ‘close to agreeing’ deal for left-back - ‘Should spend €15m’, should join ‘in coming days’

Luis Suarez wishes Kieran Trippier 'all the best' at Newcastle

Arsenal 2 - Newcastle 0 match report: as they should
The Short Fuse 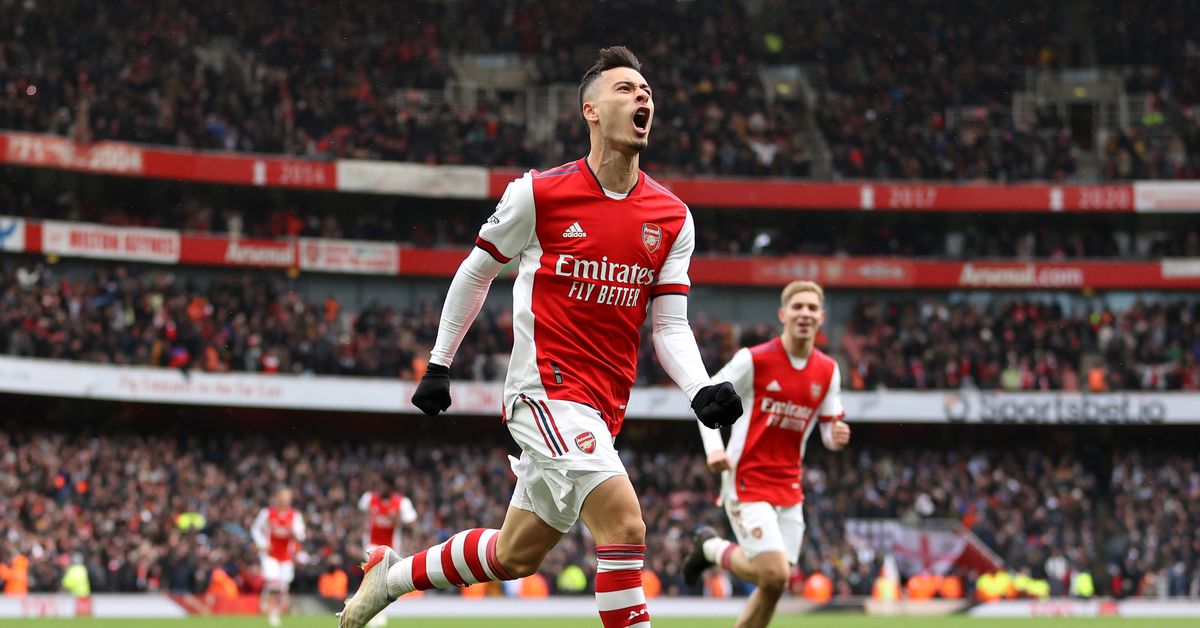 Three points at home to Newcastle was the expectation for Arsenal today, and the Gunners delivered. The two-nil scoreline flatters the visitors, who were thoroughly outclassed all match and didn’t offer much resistance. Newcastle are really poor, and it’s tough to see them staying in the Premier League this season without significant activity in the January window. Which could happen with their new owners, mind.

Arsenal were fine but not spectacular in the first half. As has become the norm, Aaron Ramsdale made the one difficult save required of him on a long-range tester from Jonjo Shelvey. Other than that, Newcastle did not test the Arsenal defense. The Gunners had nearly 80% of the possession in the first half.

The buildup was ponderous until the final 5 or 10 minutes of the first 45; the attack was mostly Takehiro Tomiyasu and Nuno Tavares getting the lion’s share of the touches and lashing shots off-frame from distance. As the half drew to a close, Bukayo Saka injected a bit of pace. He beat his man around the corner and cut it back for a good headed chance for Emile Smith Rowe that the Arsenal midfield maybe could have done better with. The rebound from that header fell to Pierre-Emerick Aubameyang, who put a sitter of a chance off the post. It was a shocking miss that encapsulates Aubameyang’s recent form - not nearly good enough.

Arsenal looked like a different team in the second half. The movement was better and the ball moved quicker. Everything was done with more pace. Sometimes it is that simple: play quicker, run into the box, score goals. That’s pretty much how Bukayo Saka got the opener. Arsenal went from being static on the edge of the area with ball possession centrally to Saka, Ødegaard, and Tavares passing and moving on the left flank. Saka cut into the box, Ødegaard picked him out, and a few seconds later (with a well-taken, sharp-angle shot) the ball was in the back of the net.

It’s a shame the Bukayo Saka was forced off with what looked to be a hip problem a few minutes later, because he was having a great game and was among the best players for Arsenal on the afternoon. Hopefully the injury isn’t too serious. He was able to get up and move around a bit after initially going down but was limited. He was pictured later on smiling on the bench as opposed to being in the training room, so perhaps that’s an indication that the knock isn’t too serious.

Fortunately, Saka’s replacement, Gabriel Martinelli, picked up where he left off. The Brazilian attacker scored a sublime goal with just his second touch of the match. The goal was a thing of beauty. Great movement from Martinelli, a superb chipped pass from Tomiyasu to pick him out, and an absurdly difficult, tracked over the shoulder, first-touch volley home.

Martinelli probably did enough to earn a stoppage time penalty, too, but it wasn’t given. It doesn’t really matter because it was 2-0 and the match was over. But Jamal Lascelles body-checked him to the ground, making no play on the ball. Last I checked, shoulder-to-shoulder, like Nuno Tavares expertly managed on Calum Wilson earlier in the match, is okay. Shoulder-through-chest (with a shot to the jaw to boot) is not. Oh well.

Speaking of Tavares, he had quite the match. According to Orbinho, he has the most distance covered, the highest average speed, and the highest top speed of any player on the pitch. He’s a ball of energy and chaos. Sometimes that chaos isn’t great, see e.g. his wild shooting in the first half. Other times, it’s the good, defense-unbalancing, play-making chaos. I’m pleased that Mikel Arteta gave him another start after a poor showing against Liverpool. I think it was as much as man management and player confidence thing as much as anything else.

Arteta also showed a bit of confidence in Sambi Lokonga, who also struggled last weekend. Lokonga rewarded the show of faith with 6 key passes, 4 passes into the box, and 11 progressive carries. In short, he had a great game. I also liked Arteta’s reintroduction of Martin Ødegaard to the starting lineup. The Norwegian had to grow into the match and didn’t shine until the second half, but Arsenal need his composure, ball retention, and creativity, especially against a team like Newcastle that wants to sit deep.

Ben White had a strong match. He was particularly impressive on the ball, winning it back high up the pitch, passing accurately, and dribbling progressively. It’s a noticeable change from his more conservative play earlier in the season, which I think you can chalk up to him settling in at the club and with his role. Like White, Tomiyasu seems to be settling in nicely too and is getting more involved going forward as that happens. He’s starting to show an impressive passing range and a willingness to get forward while maintaining his rock-solid defensive contributions. I really enjoyed watching Gabriel Magalhaes’ physical battle with Calum Wilson. He didn’t give an inch all match. Arsenal have found something with this defense.

The two “worst” performances on the day came from Thomas Partey and Pierre-Emerick Aubameyang, which is disappointing because they were the most senior players (by a lot) in the starting 11. Partey was mostly anonymous. Aubameyang’s miss was awful. Neither put in terrible shifts, but they were both unremarkable against a poor opponent. You expect more from them.

The Gunners, for now, are tied for fourth in the table. They’ve got a tough match against Manchester United on Thursday and a tester against Everton next weekend. But I like the way they’re playing, and I fancy their chances. The (expected) wobble against Liverpool was just that, a wobble. The side is going places this season.