Newcastle could yet land one of their major targets

Arsenal 'not giving up' on Bruno Guimaraes transfer but Newcastle have made £33.4m bid

Newcastle hopeful of concluding deal with Lyon for Bruno Guimaraes

From France: Newcastle United have made €40m offer for Bruno Guimaraes today

Football - A matter of life and death

When Newcastle United came close to a Hillsborough situation - Video

Isaac Westendorf: Who is Newcastle United’s latest signing and why he impressed whilst on trial

Transfer window state of play: Where things stand for NUFC with less than a week until deadline day

Newcastle ‘close to agreeing’ deal for left-back - ‘Should spend €15m’, should join ‘in coming days’

Luis Suarez wishes Kieran Trippier 'all the best' at Newcastle 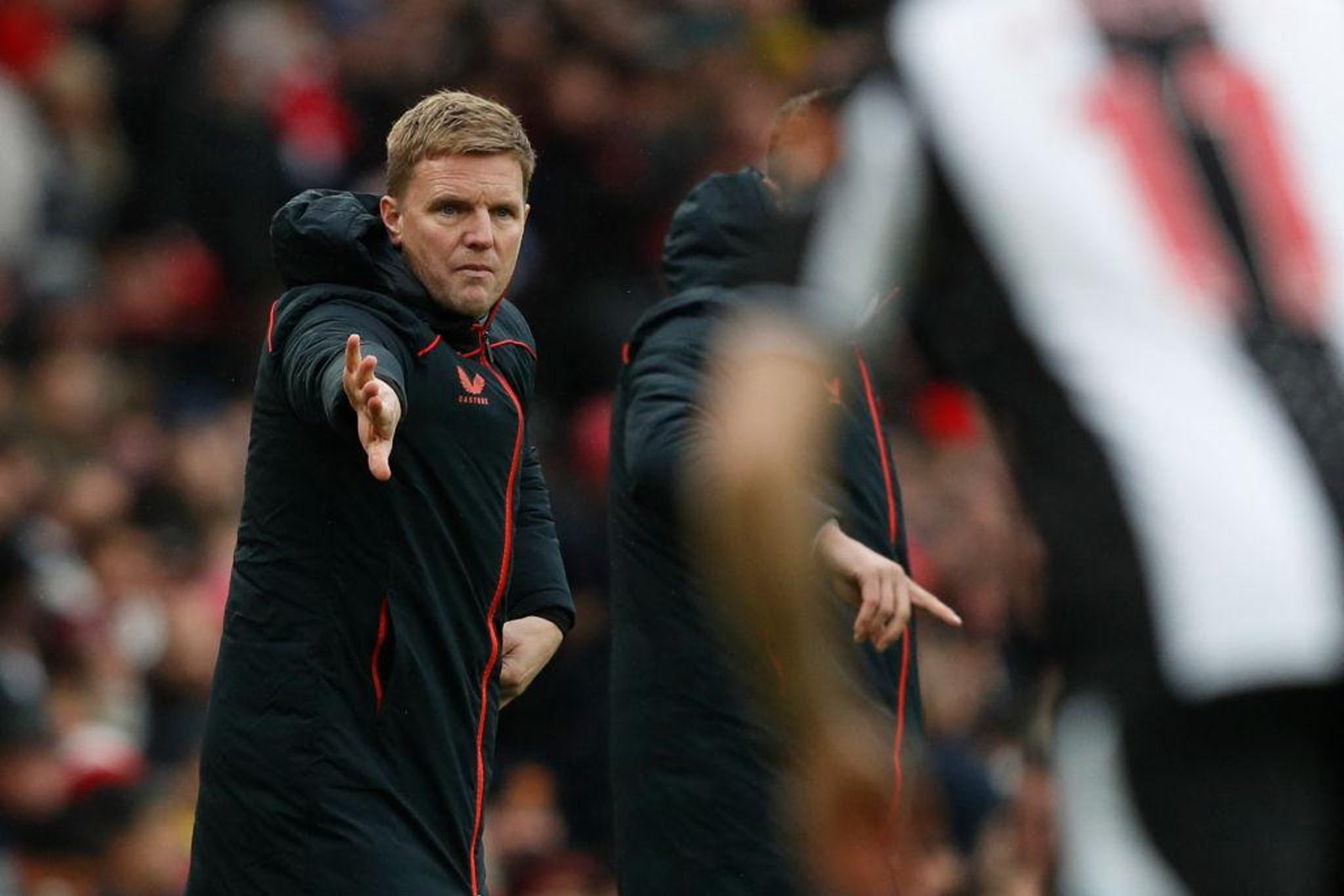 Eddie Howe gestures from the touchine.

Newcastle United, backed by 3,000 fans at the Emirates Stadium, had seemingly set themselves up with a dogged and determined first-half performance. They were diligent and determined.

This afternoon’s game was goalless at the break thanks to two superb saves from Martin Dubravka on his comeback from injury – and another from Aaron Ramsdale at the other end of the pitch to deny Jonjo Shelvey.

Sadly, Newcastle couldn’t build on that after the break, and Arsenal, deservedly, won 2-0 thanks to goals from Bukayo Saka and Gabriel Martinelli. United remain winless, and the club, 20th in the Premier League with six points from 13 games, remains deep in relegation trouble.Howe, attending his first game as United head coach after testing negative for Covid-19 yesterday, recalled Dubravka, Emil Krafth and Ryan Fraser to his starting XI.

Dubravka, back from summer foot surgery, would have to be at his best.

There was also a switch to a back four at the Emirates Stadium, where Newcastle’s players were strung out across the pitch for the first 15 minutes as Arsenal probed away without really creating a clearcut chance.

Saka put a shot wide after Albert Sambi Lokonga played a clever ball over the top to him. Dubravka tipped away a free-kick from Martin Odegaard midway through the half.

United never really threatened themselves until Shelvey tried his luck from the edge of the box in the 31st minute. The midfielder’s shot was tipped on to the bar by Ramsdale.

Dubravka brilliantly kept out a header from Emil Smith Rowe later in the half, while Pierre-Emerick Aubameyang struck the post with a follow-up shot from three yards out.

Newcastle had seemingly given themselves an opportunity to get at their hosts after the break with the first-half defensive work, but Howe’s team was again on the back foot after the restart.

And there was an inevitability about the goal, scored by Saka, when it came. Saka played the ball on the left before making a run into the box, and he shot across Dubravka to break the scoreline.

Arsenal were all over United, and they soon scored a second. However, seconds before substitute Martinelli, two minutes after his introduction, scored with a well-executed strike, Callum Wilson went down in the box after being shoved by Nuno Tavares. Referee Stuart Attwell waved away Wilson’s appeal for a penalty.

That was that. Howe sent on Miguel Almiron, Jacob Murphy and Isaac Hayden, but there was no way back for United.

Few had expected a win at the Emirates Stadium, but Tyneside expects results at St James’s Park against Norwich City and Burnley next week.

Those two games are absolutely pivotal to the club’s hopes of getting out of the relegation zone.

Howe went to the away end at the final whistle with his players and staff to applaud the club’s support, as he knows just how important the fans will be over the next 180 minutes.