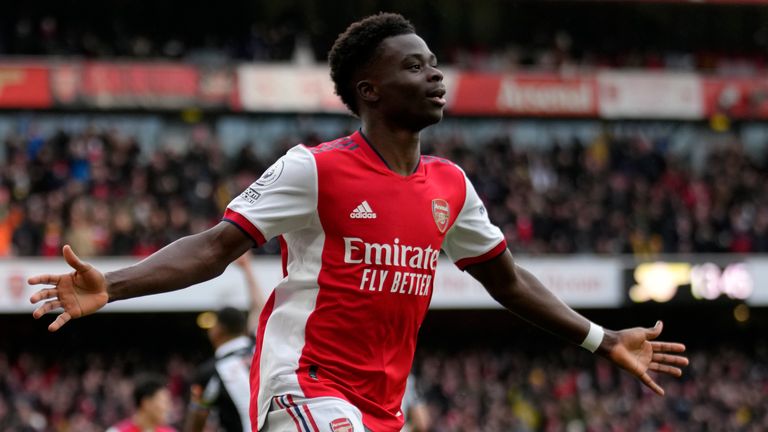 Arsenal returned to form with a convincing 2-0 victory over Newcastle, who remain winless in the Premier League this season.

With Eddie Howe in the dugout for the first time since taking over after recovering from Covid-19, Newcastle fell behind when Bukayo Saka drilled home on 56 minutes.

Saka limped off minutes later, but his replacement Gabriel Martinelli scored within 93 seconds of being on the pitch, skilfully finishing off a long pass from Takehiro Tomiyasu.

Arsenal have now won 18 of their last 19 meetings in all competitions with Newcastle.

Howe has a huge job on his hands as the Toon remain the only side still without a Premier League win this season while Mikel Arteta's team are now unbeaten in eight games at The Emirates in all competitions, winning seven of those.

Arsenal now go to Manchester United in the Premier League on Thursday night at 8.15pm, while Newcastle host Norwich on Tuesday at 7.30pm. Free highlights from both games will be available on the Sky Sports website, App and YouTube channel.