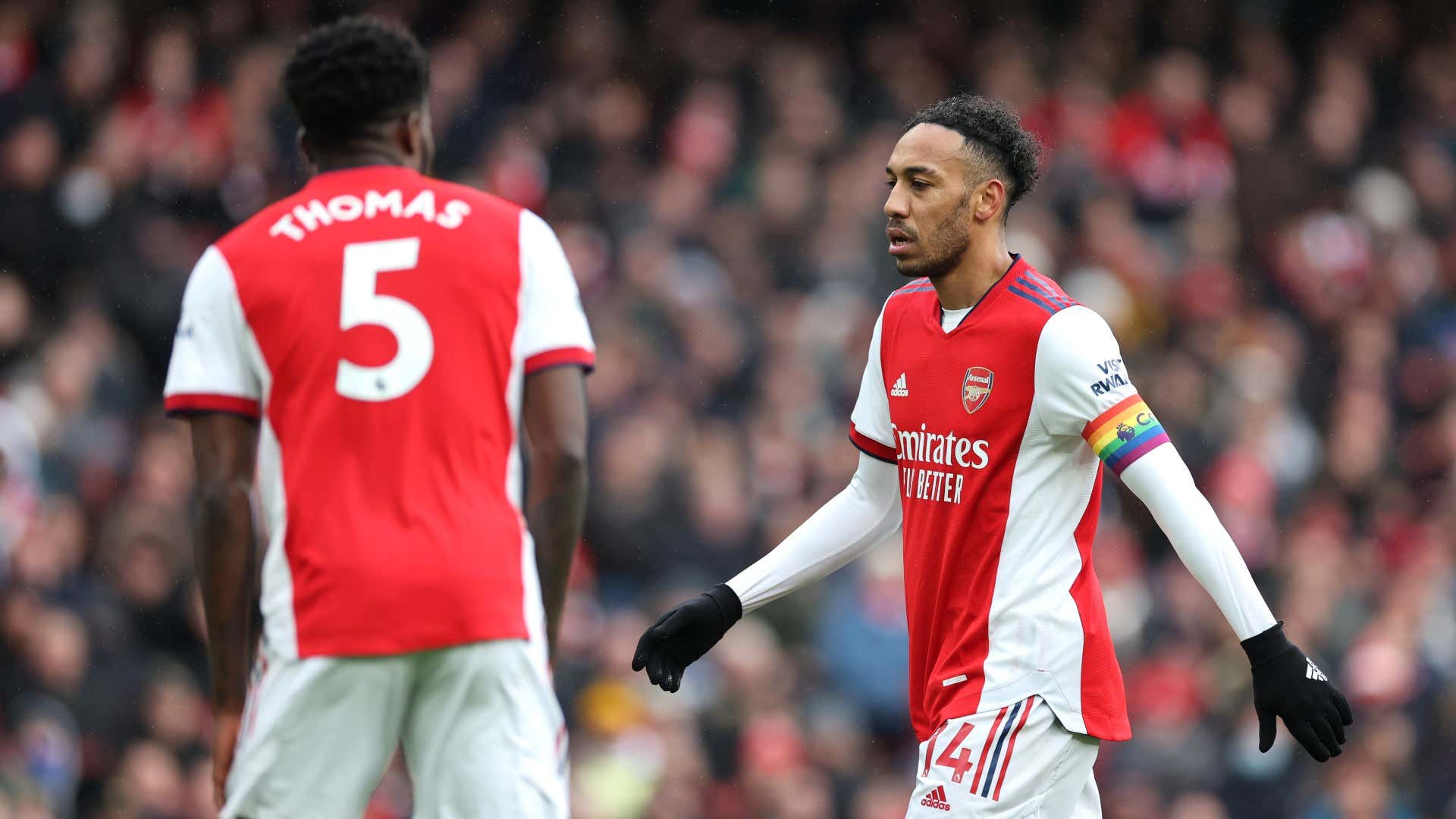 Pierre-Emerick Aubameyang left Arsenal fans in shock on Saturday when he missed a massive goalscoring chance against Newcastle.

The striker found himself in a perfect position in the first half of the Premier League match, as a save from Martin Dubravka fell in front of him inside the six-yard box.

However the Gabon international failed to tuck away the seemingly easy opportunity and instead struck the post.

What has been said?

Gunners fans were flabbergasted by the 32-year-old’s squandered opportunity and it sparked a raft of criticism of him on social media.

Auba has just hit the post from a yard. Wow, what a miss.

Despite his miss, Arsenal went on to take the lead in the second half of the encounter, with Bukayo Saka taking on a pass from Nuno Tavares before sending it into the bottom corner.

Saka was substituted off after sustaining an injury shortly after his goal and his replacement, Gabriel Martinelli, went on to double the home side’s lead when Takehiro Tomiyasu found him inside the box and he fired into the net.

How has Aubameyang performed this season?

Gunners captain Aubameyang had four goals from 11 matches in the Premier League heading into the clash against Newcastle.

The striker also netted a hat-trick in the Carabao Cup win against West Brom in August.

The north London side were fifth in the table before kick-off, having gone eight games unbeaten in the league before losing 4-0 to Liverpool last week.