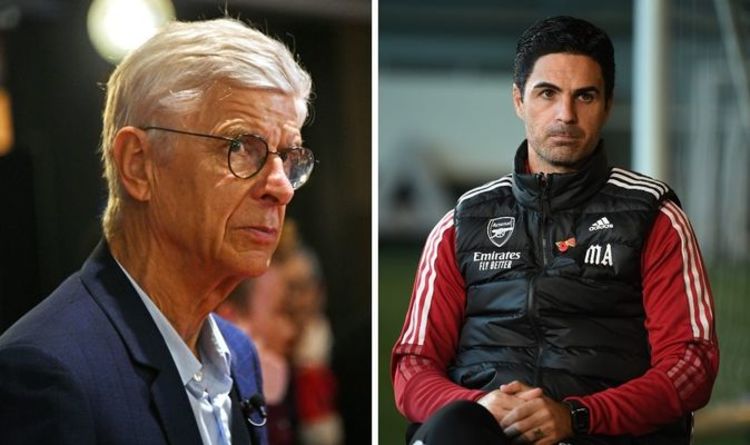 Arsene Wenger would be questioning two aspects of Mikel Arteta's Arsenal team selection against Newcastle United, according to Martin Keown. Arteta made just one change to the team that was thumped 4-0 against Liverpool last Saturday, much to the bemusement of many fans.

Arsenal struggled to break Eddie Howe's visitors down in the first half at the Emirates Stadium, entering half-time at 0-0.

And Keown believes Wenger would be questioning Arteta's decision to stick with Nuno Tavares and Albert Sambi Lokonga after the Anfield rout.

He told BT Sport: "I wonder whether he might've said to him, 'why are you not playing Tierney this week?' I wonder if he would've said, 'why is Lokonga playing?'

"I admire that Arteta wants to stick with players - I'm not saying he's blinkered - and says, 'I believe in you enough to play you again.' It's very unfortunate for Tierney because he's one of Arsenal's best players.

"Tavares is a very good defender, and he's quick, but Tierney has a better all-round game, and today I felt that change should've been made.

"Let's back the young man, back the manager. He's going to be up against Saint-Maximin - he's so direct it's frightening."