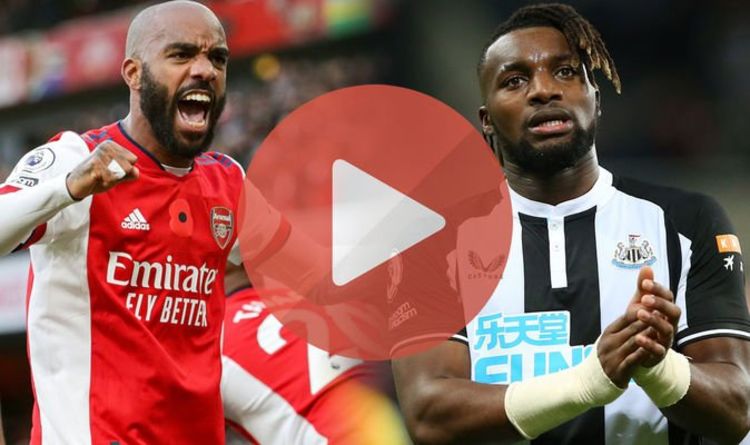 Arsenal will be facing off against Newcastle United at the Emirates Stadium in the early Premier League kick-off today. The Gunners will be looking to bounce back after seeing their recent unbeaten run ended by Liverpool last weekend, while for Newcastle today's game will mark the first game in charge for new boss Eddie Howe. If you want to tune in to the Arsenal v Newcastle game today, then you'll need access to BT Sport who are broadcasting the afternoon game. You can check out the best BT Sport deals below.

Despite Arsenal's 4-0 defeat to Liverpool last weekend, the Gunners are only three points off the Champions League places going into today's game.

A win would bring Mikel Arteta's side level on points with fourth placed West Ham.

But, as we've seen many times before, the appointment of a new boss can lead to a new manager bounce - so it wouldn't be a surprise to see Newcastle come out all guns blazing despite the Magpies currently sitting bottom of the table.

Players will be out to impress new boss Howe, who will be looking to reverse his fortunes against Arsenal after losing all five matches against the Gunners as Bournemouth boss.

BT Sport will be showing all the action live from the Emirates Stadium today. The Premier League clash will be broadcast on BT Sport 1 (Sky 413, Sky HD 870, Virgin 527, BT TV 430). Pre-match build-up begins at 7pm and kick-off is set for 8pm.

It's worth noting that those who are away on holiday and trying to watch outside of the UK won't be able to use BT due to geo-location restrictions.

If you have a BT TV subscription this problem can be easily fixed by using a recommended VPN (Virtual Private Network).

Alternatively, for Black Friday 2021 you can also get access to all the BT Sport channels, plus fibre broadband for just £7.50 a month right now.

This promotional price runs for three months, after which you'll pay £47.99 a month for the remainder of the 24 month contract. You'll also get three months of fibre broadband thrown in entirely for free.

The deal offers BT customers a sizeable saving of over £120, and is a great way to save on the price of admission to the huge selection of exclusive UCL games BT Sport shows.