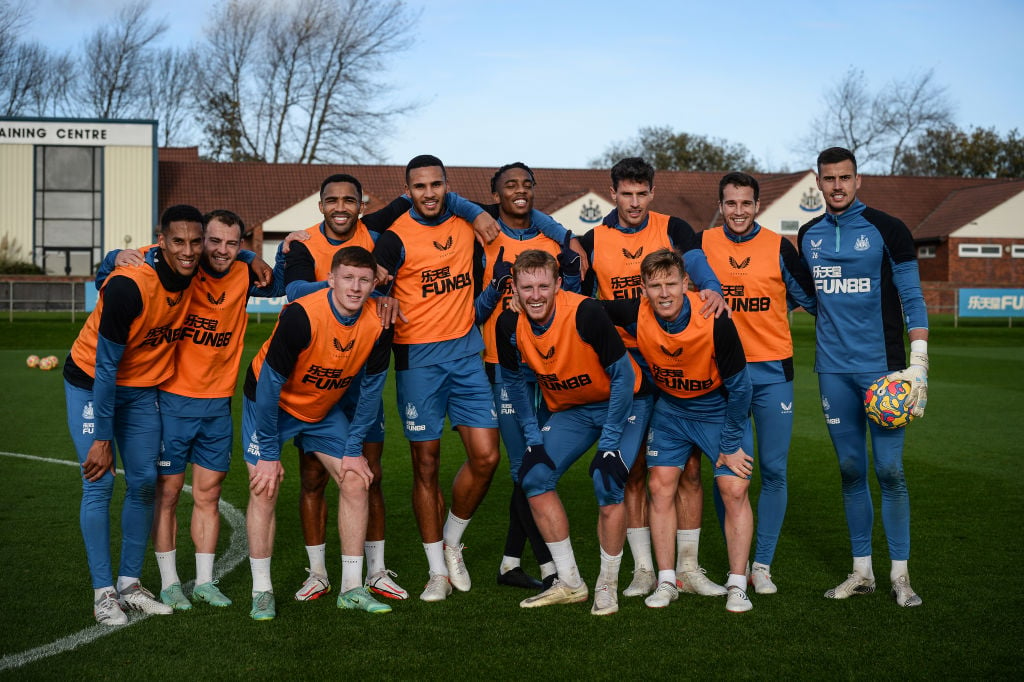 19-year-old Elliot Anderson returned to Newcastle United U23s this week – and announced his return in the best way possible.

Anderson scored a hat-trick in the Premier League 2 match at Nottingham Forest on Monday. It was some comeback for Anderson. Four months ago he suffered a hip injury followed by another shortly after Graeme Jones came in as Newcastle United interim manager.

The teenager grabbed the first goal for Elliott Dickman’s U23s after just four minutes, converting from the penalty spot. Anderson grabbed another two goals in the second half, which helped the Magpies seal a 3-1 win that puts them only one point off the PL2 play-off places.

Anderson has been hailed as one of the outstanding players in Newcastle’s current batch of youngsters. He was called up to Scotland U21s last month despite being born in North Shields.

Can Anderson force his way into the Newcastle first team?

Anderson made his debut for United’s senior side in January against Arsenal in the FA Cup but has yet to find his way back into the senior starting XI.

Anderson is captain of Newcastle U23s, leading by example on the pitch. Following the Forest match he told the club’s official site: “It’s important to keep your standards high and, as captain, I was trying to tell the lads to maintain the high standards on the pitch. Elliott (Dickman) told us that at half-time.”

Many Newcastle fans are eager to see Anderson get more opportunities in the senior side and will have been excited to see recent photos of him training with the first team. How fitting would it be if he was involved in Newcastle’s game against Arsenal, the team he made his debut against.

However, with Anderson just returning from injury, Howe won’t want to rush him back too quickly and will want to see more of him in training and U23 matches.

Interest in Anderson from the Championship

Championship clubs showed interest in Anderson in the summer transfer window but Newcastle decided to keep hold of him in the hope of giving him some first-team opportunities. However, Bruce opted to use experienced players amid his relegation battle.

Eddie Howe is a manager who likes young and exciting players, however. With his reign as Newcastle United manager still in its infancy, players such as Elliot Anderson can view his managerial philosophy as a chance for them to fight their way into the first team.

When it comes to a relegation battle, having a young and ambitious player like Anderson could be a great boost for the squad. Should Howe feel Anderson isn’t ready yet, January would be a great opportunity for the youngster to get some regular first-team experience elsewhere. I’m sure many clubs would happily take him on loan.