Newcastle United turn to Nolan Partners for Director of Football 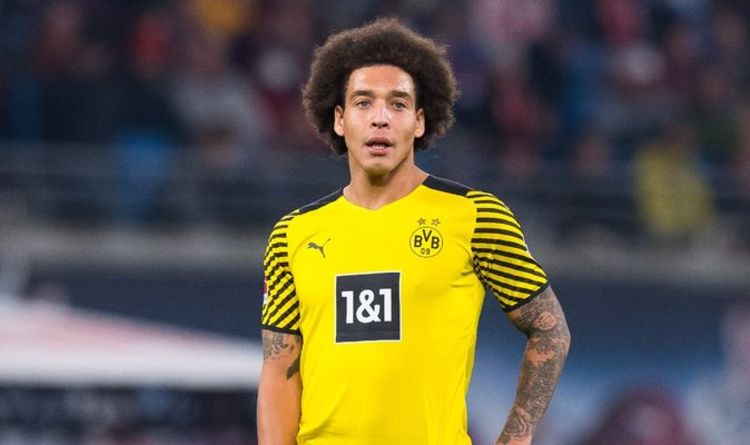 Newcastle transfer target Axel Witsel is reportedly preparing to bid farewell to team-mates at Borussia Dortmund ahead of a possible January transfer. The Magpies have been linked with several big names following last month’s Saudi-backed takeover.

The club’s new owners have already been busy since buying the Tyneside outfit from Mike Ashley on October 7.

They parted ways with unpopular former boss Steve Bruce a fortnight after purchasing the club.

Bruce was viewed by supporters as a symbol of the controversial Mike Ashley era. He has since been replaced by Eddie Howe following a lengthy search for a new head coach.

Newcastle are also expected to appoint a director of football to oversee the sporting operation of the club.

And that figure might have a busy first few weeks with the January window approaching.

Howe’s side have been linked with many high-profile players, including Aaron Ramsey, Eden Hazard and even PSG forward Kylian Mbappe.

Another is Belgium international Witsel, who has been a key player for Dortmund since joining from Tianjin Tianhai in 2018. He has made 124 appearances for the club, including playing in all 12 of their Bundesliga matches this term.

However, German outlet Sport1 claim that the 32-year-old is open to leaving. There has been no movement on a new contract despite his current deal ending in June 2022.

Witsel would add vast experience to Howe’s team having played 120 times for Belgium.

But the former Bournemouth boss, who missed his first game in charge due to Covid-19, has played down talk of new signings.

Newcastle boss Eddie Howe is yet to oversee his team from the dugout (Image: GETTY)

“Over time you will see changes, because I want to see exciting football, the fans want to see that.”

Upon helping to broker the purchase of the club, Staveley told journalists: “We are in the market to compete for world-class players.

"We have great ambitions — I hope it’s going to be a game changer for Newcastle United.