‘Stupid not to’: Newcastle fans can’t believe who they could sign in January
HITC 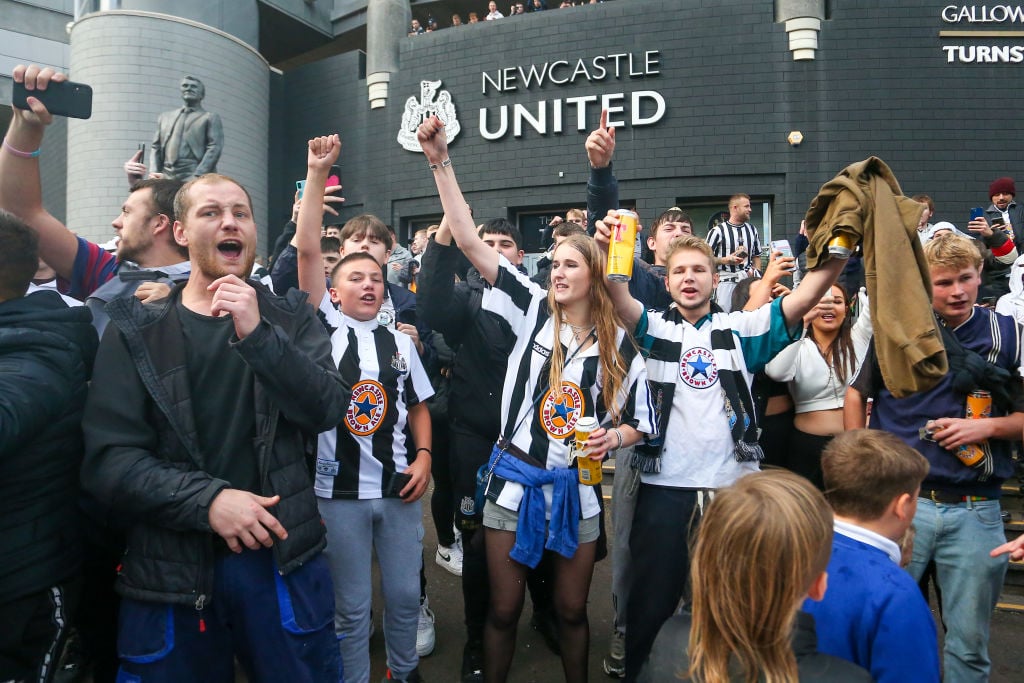 If Gini Wijnaldum’s five year spell at Liverpool felt like a marriage made in footballing heaven, then his short-lived stay at Newcastle United was something straight out of the Elizabeth Taylor playbook; all highs and lows, bouts of emotion and indifference before a premature parting of the ways.

There were moments of magic; that four-goal haul against Norwich City, vital strikes against Chelsea, Manchester United, Liverpool and Tottenham.

But, for many in the north east, Wijnaldum will be remembered instead for that fleet of anonymous away days, that sudden exit just weeks after Newcastle were relegated for the second time under Mike Ashley’s reign of Tyneside terror.

So with reports from TEAMtalk suggesting that Wijnaldum could be in line for a shock return to the club he joined in a cool £14 million deal six years ago – with the Dutchman potentially set for a rapid and rather messy divorce at the Parc des Princes – then you’d be forgiven for anticipating a rather mixed response.

And, to be honest, you’d be correct.

But for some, Wijnaldum would be welcomed back with open arms.

The more cynical members of the Newcastle fanbase, meanwhile, would surely be willing to forgive and forget if the 31-year-old can help airlift Eddie Howe’s flailing side free of the relegation mire; a debt very much repaid.

It is understood that Wijnaldum is far from happy with life in the French capital.

He admitted as much in October, highlighting his dissatisfaction after being restricted to a supporting role in Paris Saint-Germain’s all star cast.

Wijnaldum has started a grand total of nine PSG games this season.

His mood will not have been improved by spending 90 minutes watching on from the sidelines as Mauricio Pochettino’s side were outplayed, outfought and, most importantly, outscored by Manchester City during Wednesday’s Champions League clash at the Etihad Stadium.

But would Wijnaldum swap a back-seat role at a European superpower for a starting berth at a club nailed to the bottom of the Premier League table?

Perhaps the Dutchman, a more mature and well-rounded footballer than he was in 2016, feels that he has unfinished business on Tyneside.

What better way to right those wrongs than to return and save the club he left in the lurch all those years ago?

More than a few people on my timelime suggesting that re-signing Wijnaldum would be a risk. Sorry but I just don't get where that's coming from. I mean, the dude is 31, not 38. Given our position we'd be stupid not to bring him back if the opportunity arises. #NUFC

I’d take him. He’s done it in the premier league before. Maybe get him on a 6 month loan and go from there. We aren’t going to have an abundance of players to choose from who will want to sign permanently if we are still in a precarious position.

He's better than all of our current central midfielders

He was in the squad that got relegated in 2016. Would be fitting if he rejoined the club and helped keep us up this season. I'd consider it a debt repaid.

Yea, liked him a lot at SJP. He is an upgrade on what we have and could operate well with Willock. Cant see it happening though.

I'd love to see him back lad. If I was to choose a realistic transfer in January this is definitely it.