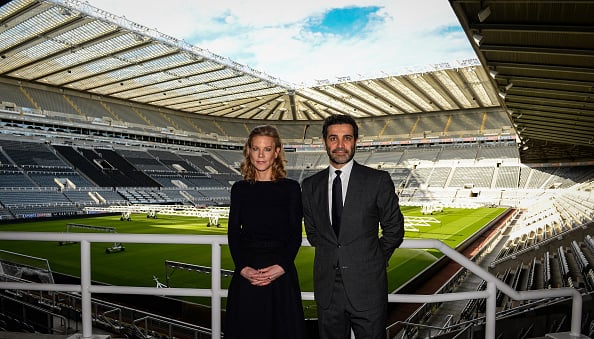 Newcastle United are looking to snap up Bayern Munich central defender Niklas Sule – and a major boost could be coming in Laurent Busser.

Newcastle have a new manager in Eddie Howe but must now find a director of football to lead their transfer business.

With all the riches PIF offer, who wouldn’t want to take that kind of job?

So far, Newcastle haven’t found the right person for the job.

Celtic to attack in Germany, as Ange shoots down daft media question | Leverkusen vs Celtic Preview

The Frenchman is emerging as a possible appointment for Newcastle – just as the Magpies eye Sule.

Bild journalist Christian Falk has claimed that Sule is interested in a move to Newcastle in 2022.

Sule is out of contract at the end of the season, and is seemingly preparing to leave Bayern.

The 26-year-old – a four-time title-winner at Bayern – would represent a massive coup for Newcastle.

Busser’s job is primarily to scout new signings, but part of his job is also to analyse the current Bayern squad.

That means studying Sule closely, and reuniting at Newcastle is a very real possibility.

PIF can now make a huge statement by raiding the German champions not once but twice.

That would be a real sign of Newcastle’s pulling power with their new owners, as if even Bayern aren’t safe from losing key men to the Magpies, who will be?