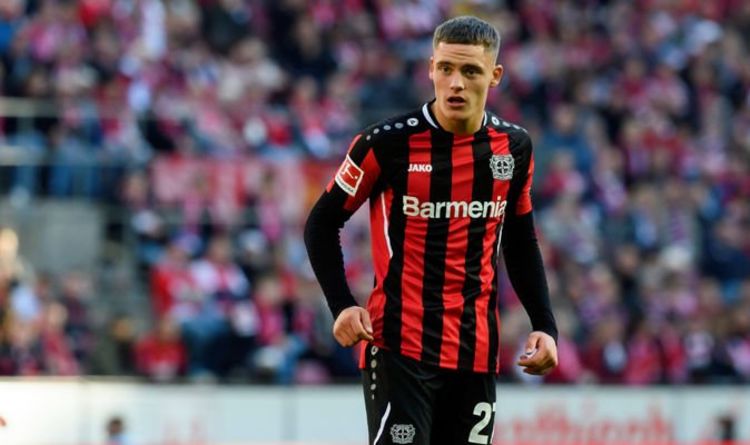 Newcastle United reportedly stepped up their interest in German wonderkid Florian Wirtz by sending a scout to watch him in a recent game for Bayer Leverkusen. The 18-year-old is going from strength to strength in the Bundesliga, putting himself on the radar of a number of top clubs and the Magpies are set to throw their hat in the ring when the time comes.

The period of transformation on Tyneside is well underway after they parted company with Steve Bruce last week.

With Graeme Jones placed in temporary charge a permanent successor and a sporting director are yet to be appointed, but that has not stopped the Magpies from sounding out transfer targets.

According to SportBild, scout Geoff Lockhardt was sent by Newcastle to keep tabs on Wirtz during a 2-2 draw against Koln.

Although the teenager failed to get on the scoresheet that day, he already has four goals and six assists in just eight Bundesliga appearances this campaign.

Florian Wirtz has flown out of the blocks for Bayer Leverkusen this season (Image: GETTY)

Making a name for himself as someone with a Frank Lampard-esque knack for arriving in the box, Wirtz also has two Europa League goals this season.

At just 18-years-old, the midfielder already has 15 goals on his resume for Leverkusen.

There is understandably plenty of buzz around him, and he has already been rewarded with four senior caps for the uber-competitive German national team.

Naturally, with such talent comes a hefty price-tag, but Newcastle recently became the richest club in world football thanks to a consortium led by the Saudi Public Investment Fund.

Germany boss Hansi Flick has heaped praised on the Leverkusen man, claiming: “Florian is just a huge asset for this team through his carefreeness.

“He’s simply an outstanding technician, loves to play, very creative, has a good shot, runs hard and is quick. He’s got a good total package.”