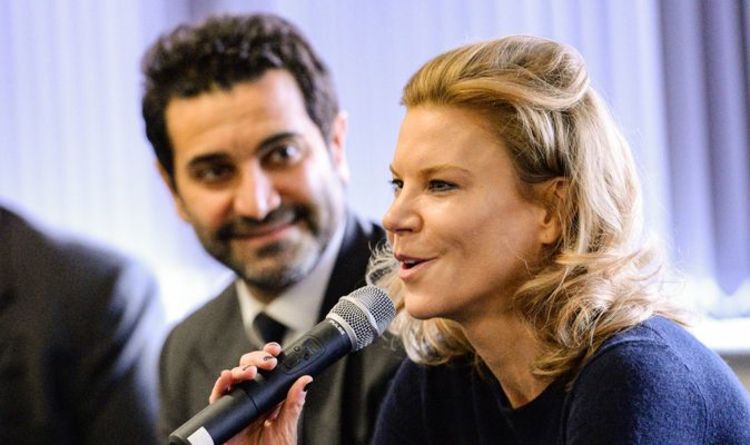 Newcastle United's new owners will have plenty of work to do over the next few weeks after taking over from Mike Ashley in a lucrative deal earlier this month. The Public Investment Fund, which represents the sovereign wealth fund of Saudi Arabia and is worth in excess of £300billion, now owns a controlling 80 per cent stake in the Magpies and has been tipped to provide heavy financial backing in future transfer windows.

The club's first task will be to appoint a new manager following the departure of Steve Bruce, who left St James' Park by mutual consent shortly after the takeover was completed.

The likes of Paulo Fonseca and Gennaro Gattuso have been linked with the vacancy in recent weeks, but Graeme Jones remains in temporary charge for now.

Newcastle will also be looking to strengthen their ranks in the January transfer window in order to stand the best chance of securing Premier League survival this season.

The Tyneside outfit are currently second from bottom in the table on just four points after failing to win a single match since the beginning of the campaign.

They have been credited with an interest in a selection of football's biggest names, including Barcelona winger Ousmane Dembele and even Tottenham forward Harry Kane, as of late.

Newcastle's owners are expected to splash the cash in January (Image: GETTY)

However, it seems as though Newcastle's priority in January is clear and involves a player who is already revered by the Magpies faithful.

Callum Wilson has established himself as one of the first names on the team sheet since joining Newcastle from Bournemouth in a £20m move last year.

The 29-year-old has managed four goals in five Premier League appearances since the start of the new season and looks set to lead their attacking charge for the rest of the campaign.

His capture will go down as one of Bruce's greatest contributions to the club, with the England man almost guaranteeing goals for the Magpies on a regular basis.

However, Wilson could reap the rewards of playing alongside a new winger or two with the ability to improve his level of service in the final third.

Newcastle have recently been linked with a move for Porto maestro Luis Diaz, with the club's new owners reportedly willing to meet his £68million release clause.

The Colombian forward has made a flying start to the campaign, scoring five goals from six appearances in all competitions, and would be able to alleviate some of the attacking burden in the north east.

Diaz could feature alongside Allan Saint-Maximin in the wide areas for Newcastle, who would stand a far better chance of retaining their Premier League status with a front three consisting of the aforementioned pair alongside Wilson.

The Magpies will be heavily backed in future transfer windows (Image: EXPRESS)

The Magpies may also be inclined to pursue a January move for Shakhtar Donetsk winger Manor Solomon, who has the potential to serve as a brilliant understudy.

The Israeli playmaker has been making plenty of waves during his time in Ukraine, scoring 11 goals from 35 appearances last season to earn links with Arsenal and Aston Villa over the summer.

At just 22 years of age, Solomon has plenty of room for additional improvement and is equally comfortable on either flank, with his versatility able to serve Newcastle well as they go in search of top-flight survival.

It remains to be seen how the Magpies will execute their approach to player recruitment when the transfer window reopens in just over two months' time.

However, it will be crucial to make the right decisions with their newly-found riches in order to stand the best chance of avoiding Premier League relegation and preparing to chase a top-half finish at the next time of asking.