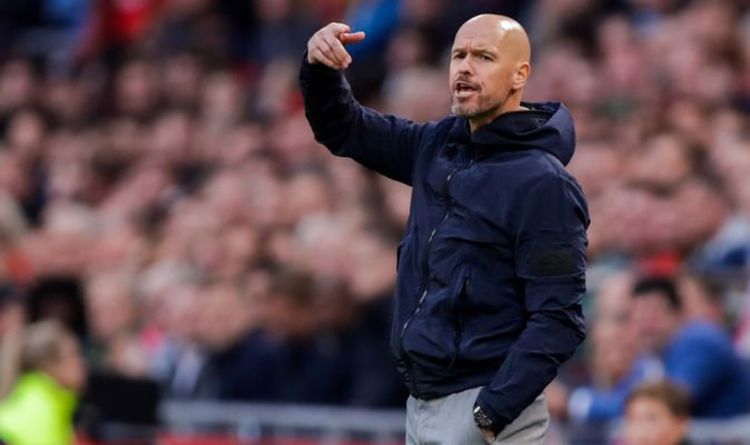 Newcastle United’s search for a new manager is now well underway with a number of established names still in the mix. Ajax boss Erik ten Hag certainly falls into that category, although reports indicate that the Dutchman will take some serious convincing if he is to make the switch from Amsterdam to Tyneside.

The period of transformation was kicked into another gear when the Magpies parted company with manager Steve Bruce last week.

Graeme Jones has been placed in temporary charge, although matters on the pitch are yet to change dramatically after another winless outing against Crystal Palace on Saturday.

Former Roma boss Paulo Fonseca was widely reported to be on the verge of taking charge over the past few days, although no concrete decision has been made yet.

When it comes to Ten Hag, The Daily Star claim that the 51-year-old is not interested in taking over at Newcastle.

That will undoubtedly come as a blow for the Magpies, given he has nurtured a reputation for playing attacking and effective football since taking over at Ajax in 2017.

Due to his fruitful four-year spell with the club, he is also not thought to be keen on leaving them mid-season.

That will also come as bad news for Manchester United, who supposedly had him down as a potential candidate to replace under-pressure Ole Gunnar Solskjaer.

With the Ajax boss seemingly out of the running, the Toon are left to explore other options, and there are plenty to choose from.

Amanda Staveley and Yasir Al-Rumayyan have big appointments to make over the coming days (Image: GETTY)

Staveley herself claims that January may not be the prime time to recruit, although fans will surely hold the belief that is may be necessary to keep them in the Premier League.

Whoever is brought into the club, whether on the pitch or behind the scenes, will be tasked with fulfilling the club’s lofty ambitions going forward.

Staveley recently told Sky Sports: “Newcastle United deserves to be top of the Premier League. We want to get there.

“It will take time, but we will get there. We want to see it get those trophies, obviously.

“At top of the Premier League, in Europe, but to get trophies means patience, investment, time. We want everybody to work with us to build the club towards what it needs to be.”