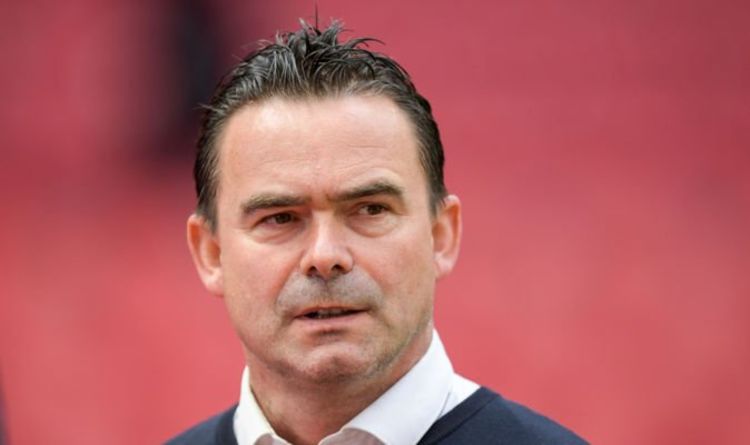 Newcastle United’s search for a new director of football goes on as key appointments are still yet to be made following their lucrative Saud-led takeover. Big decisions have fallen at the feet of Amanda Staveley and co. and while Marc Overmars has been touted as a strong contender for the role of sporting director, his services would come at a price.

A period of drastic transformation continues to take place for the Magpies who parted company with Steve Bruce last week.

With Graeme Jones placed in temporary charge, their fortunes failed to turn around on the pitch after they took a point away from Crystal Palace on Saturday.

Paulo Fonseca was seemingly close to being offered the top job over the past week, although no concrete decision has been made as yet, and the position of sporting director could be equally as important.

The January transfer window looms just around the corner, so putting someone in place to develop plans and begin preliminary talks for targets is crucial.

Marc Overmars is reportedly being targeted by Newcastle (Image: GETTY)

Former Arsenal and Barcelona winger Marc Overmars is on the list, although The Chronicle claim that Newcastle would have to pay two years’ worth of compensation to free him from his Ajax contract.

Overmars has been with the Amsterdam-based side since 2012, overseeing a period which has drawn endless plaudits for their transfer business.

While the Magpies now have the luxury of serious wealth, two years’ worth of compensation makes the Dutchman an altogether less attractive prospect.

Also under consideration is Luis Campos who is reportedly ‘keen’ to take up the opportunity.

The Nigerian spent seven years at Stamford Bridge before following in Campos’ footsteps at Monaco.

The Magpies board are faced with a tough decision as recruitment will undoubtedly play a big part in their push to stay up this campaign, and their quest for success thereafter.

Money may not be an issue, but the transfer market is the perfect setting for the cliché of ‘quality over quantity’.

Club icon Kevin Keegan concurs, recently telling The Chronicle: “It will be hard work and it won’t be the case of just throwing money at it.

“I think these people [the owners] know what they are doing business-wise and I think they will find the people they need to put in the right places.”