Newcastle United takeover issues? Give Mike Ashley a bell, he was the one who made the decision
The Mag 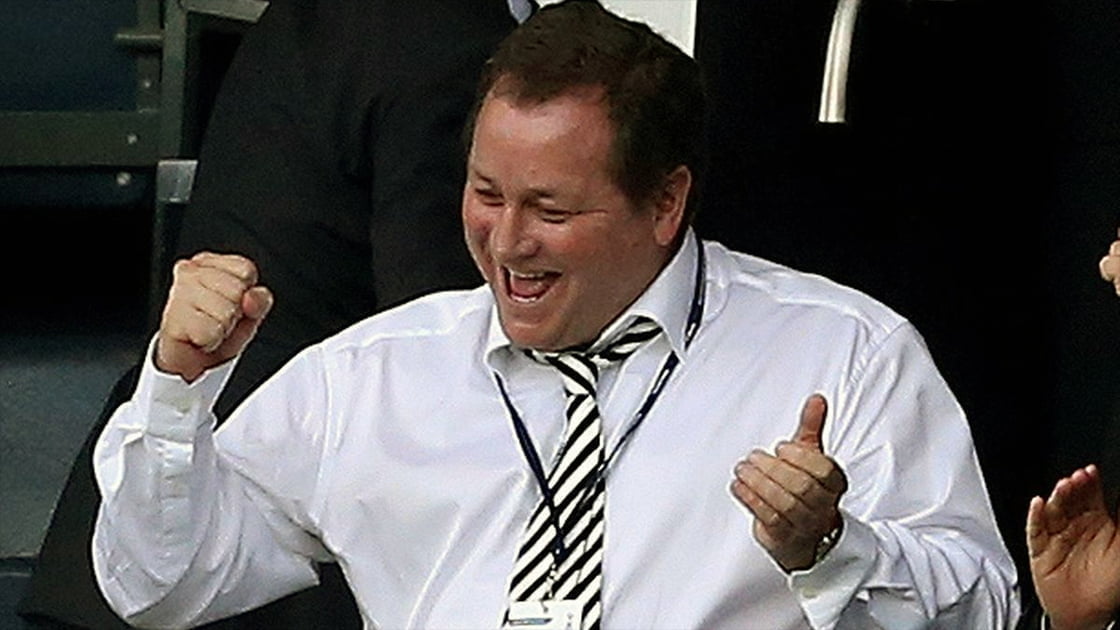 It has been nearly three weeks since the Newcastle United takeover was announced.

In that time we have had the world getting in on it, whether it has been about the actual football issues, or the issues morally that surround Newcastle United being owned by the PIF of Saudi Arabia.

It’s gone on and beyond bonkers, the amount of attention we now find our club now getting after this Newcastle United takeover.

We have become the most talked about club in the country overnight, whether it regards football and ambition, or the political side of the conversation regarding whether it’s right or wrong for the Saudis to be allowed to be involved in owning a football club.

I personally, would rather focus on the football, than get into another debate about morals and politics regarding this Newcastle United takeover. Though as we know, it’s been very difficult to do that thanks to the public media.

Most Newcastle fans are getting unfairly slammed on social media for something that frankly is out of our control. We didn’t decide on the PIF buying NUFC out along with the Reubens and Amanda Staveley. They chose to buy the club and to tell the truth, I’m glad they did.

I along with hundreds of thousands of other Newcastle United fans can allow ourselves to dream again after 14+ long miserable years of Mike Ashley.

Fans of other clubs up and down country didn’t give a monkeys when Mike Ashley ran our club into the ground and refused to let us even try to compete, they were more than happy for us to be as irrelevant as anything going. We had no say and certainly wouldn’t have chosen the way Mike Ashley went about his running Newcastle United. The country didn’t care when we tried to let ourselves be heard and explain what was really going on at St James Park.

Now this Newcastle United takeover and exciting opportunity for us to emerge again has happened, the same people across the country who didn’t care, can’t speak quickly enough now and the lot of them are a bunch of hypocrites for having the nerve to tell us that it’s wrong to want this change of ownership and to be happy about it.

The football world was more than happy to leave Newcastle United fans feeling miserable as sin and depressed with Mike Ashley forever. So as far as I’m concerned a good 90% of this outcry from rival fans is out of pure jealousy and they should be ashamed of themselves for the way they’ve spouted vile abuse at Newcastle fans for being happy about their club, for once in a good while.

I blame a lot of it on the media as it’s the biggest tool and weapon anybody can use in the public eye. The media has the power of manipulation and it has done its job in driving its agenda against Newcastle United.

Too many gullible people believe everything the media report, without even bothering to read or look into the matter fully. I hope in time common sense will eventually prevail and this hypocritical nonsense and agenda against us will stop and they can judge us as a football club.

I will judge our owners on what I see in them as people and what they do as owners of my club. So far as I’m concerned, if people are really upset and don’t like then Newcastle United takeover then take a good look at yourselves and consider how much money comes into the country from Saudi Arabia and where it is invested. The international businesses and those based in the UK that so many of you happily buy goods and services from.

Lobby the government, stop your direct debits / standing orders for the various goods and services you enjoy that have Saudi investment, scrap your cars.

Then while you are at it, give Mike Ashley a bell and take it up with him, he actually sold the club to the Saudis and banked hundreds of millions of pounds thanks to that deal, not the Newcastle fans.