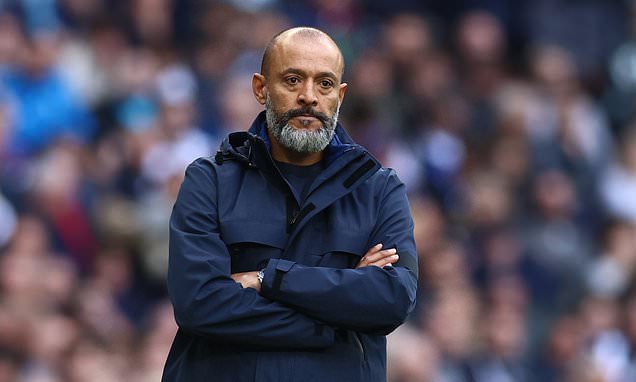 By James Sharpe For The Mail On Sunday

Tottenham's coronavirus concerns have deepened with the two players who tested positive set to miss the game against Newcastle this weekend and the trip to West Ham next Sunday.

The unnamed pair returned positive tests on Thursday after they trained with their Spurs team-mates on return from international duty.

They took further PCR tests on Saturday but Spurs were unable to confirm the results, though insist there has been no impact on their team-mates for the trip to St James’ Park.

It is also unclear how long they will have to isolate. Individuals must isolate for 10 days from their first positive test, or from the start of any subsequent Covid symptoms.


Spurs forward Son Heung-min is expected to miss the game against Newcastle while manager Nuno Espirito Santo has to make a decision over his four South American internationals, who returned from their World Cup qualifiers only late last week.

Son scored the winner in South Korea’s World Cup qualifier at home to Syria before netting in their second game in Iran.

Nuno admitted in his press conference that Spurs ‘have problems’ following the international break as they look to build on their victory over Aston Villa a fortnight ago.

He may be able to call on his South American quartet of Giovani Lo Celso, Cristian Romero (both Argentina), Emerson Royal (Brazil) and Davinson Sanchez (Colombia) though Bryan Gil’s availability is also in question following his return from international duty with Spain.

Royal and Sanchez are available as part of the new quarantine guidelines that allow Premier League players to train and play despite returning from red-list countries.

They were flown back on a private jet and are staying in a quarantine hotel at Tottenham’s training ground.

Argentina was removed from the UK’s red list earlier this month.

Players from red-list countries have to travel to matches alone or with a fully- vaccinated driver.

Brazil’s Douglas Luiz started for Aston Villa on Saturday, 36 hours after playing for his country, while Liverpool were without Alisson and and Fabinho.

Blackburn striker Ben Brereton started on the bench but was socially distanced from his team-mates.