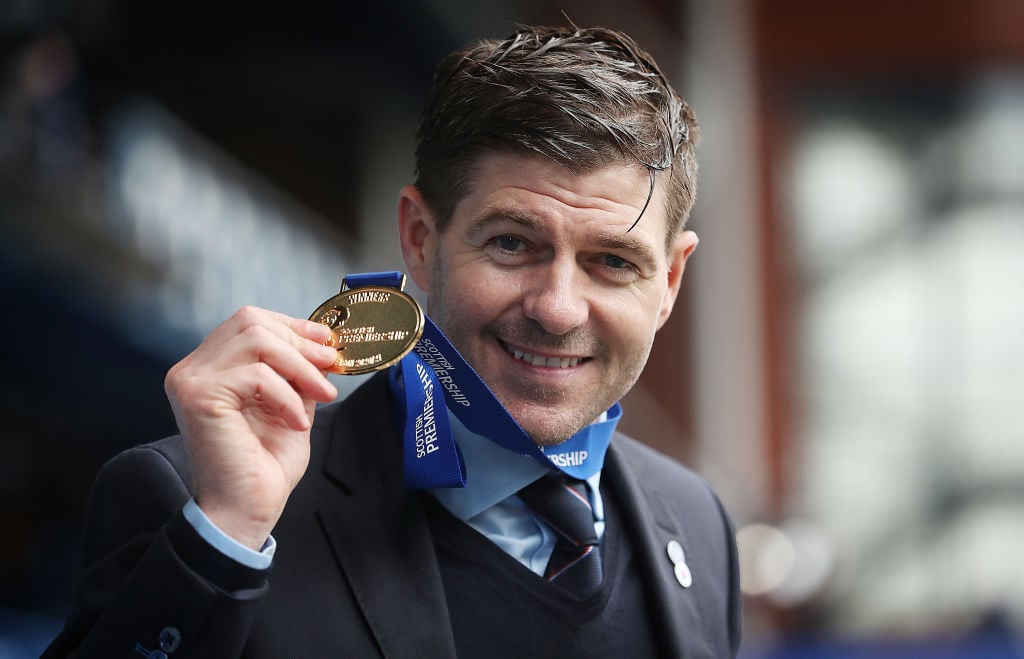 Newcastle fans have taken to Twitter to react after Steven Gerrard shared his thoughts on the takeover, amid reports he could replace Steve Bruce.

Well, the Daily Mail believe that the 41-year-old is intrigued by the prospect of replacing Bruce at Newcastle.

Elsewhere, Sky Sports reporter Keith Downie claimed that Gerrard is among the contenders to replace Bruce, along with Brendan Rodgers.

Now, the Newcastle fans believe the Rangers boss is heading to Tyneside, after he commented on the takeover.

The Independent quote Gerrard as saying: “I think it’s interesting, what’s happening at Newcastle. I think if anyone deserves a break it’s the Geordie fans. So I’m sure that excitement levels are very high down on the Toon.”

The ex-Liverpool captain certainly sounds happy for the Toon Army, and the fact he finds the project ‘interesting’ suggests he could be lured to St James’ Park.

You can certainly understand why the Newcastle fans on Twitter feel the way they do after reading his comments.

In our view, this would be a fantastic appointment for Newcastle.

Gerrard has put his name up in lights after winning the Scottish Premiership title last season, doing so without losing a single game.

He also carries the passion and desire which embodies what Newcastle supporters are all about.

Impressively, Gerrard has won 138 of his 217 games in management, scoring 469 goals while conceding just 177.

Remarkably, he has averaged 2.11 points per game in management.

He is among the brightest young coaches in Europe, and it’s certainly hard to ignore what he’s doing at Ibrox.

For now, let’s see what the Newcastle fans on Twitter have been saying about Gerrard’s comments…

He’s coming to the mags isn’t he? pic.twitter.com/PR2XQGQdsu

Think he’s tempted by the job me, certainly gets the club and fans more than Bruce

Aye he wants it clearly