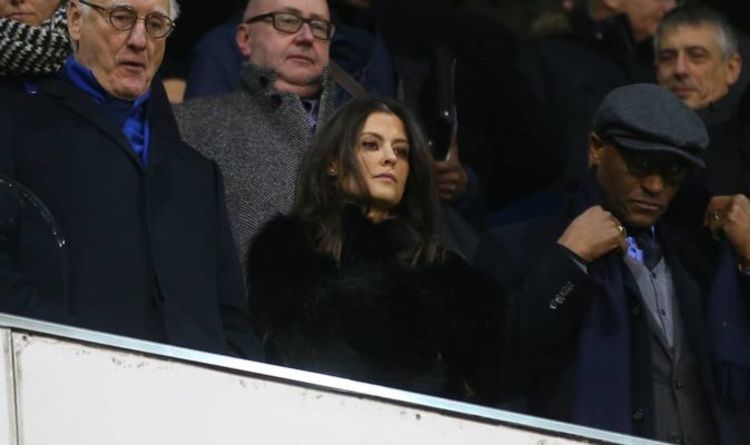 Chelsea chief Marina Granovskaia might have to recall Billy Gilmour in the January transfer window. It comes after Norwich manager Daniel Farke's latest comments on the midfielder, who joined in the summer.

Chelsea chief Marina Granovskaia may have to reverse his decision to send Billy Gilmour out on loan to Norwich after a tough start.

The Canaries are rock bottom in the Premier League after losing six of their opening matches - earning a 0-0 draw against Burnley in their last game prior to the international break.

It has made them the favourites to be relegated this season while manager Farke has stuck to his guns over their expansive style.

But massive losses to the likes of Liverpool and Manchester City have even raised questions over whether they deserve to be in the top tier.

Chelsea chief Marina Granovskaia may have made a mistake in the transfer window (Image: GETTY)

When Chelsea loaned Gilmour out to Norwich, it was seen as a fine decision in the transfer window.

The Carrow Road outfit would give the Scotsman ample playing-time while nurturing his talents while tactically using his best attributes.

The 20-year-old started the first three matches in the Premier League season with Norwich losing badly before he was dropped to the bench against Arsenal.

He has failed to appear in the last two games while Farke has insisted he is under no pressure to start the ex-Rangers trainee.

“There is no pressure (to play Gilmour). We are not here to develop players for other clubs, we are here to win points for this club,” the German told his press conference.

"They want to be Manchester United, Chelsea or Tottenham players one day, so they need to face a challenge and step up to it.”

Billy Gilmour is at Norwich on loan (Image: GETTY)

For Chelsea, that is bad news with the idea of Gilmour's loan to let him develop through first-team football but that might no longer be viable at Norwich.

Granovskaia has not been afraid to recall players in the past, taking Conor Gallagher from Charlton two years ago to send him to Swansea instead.

And a midfielder with Gilmour's talent would be in high demand come January, so it would be no surprise to see the Scotland international leave Norfolk.