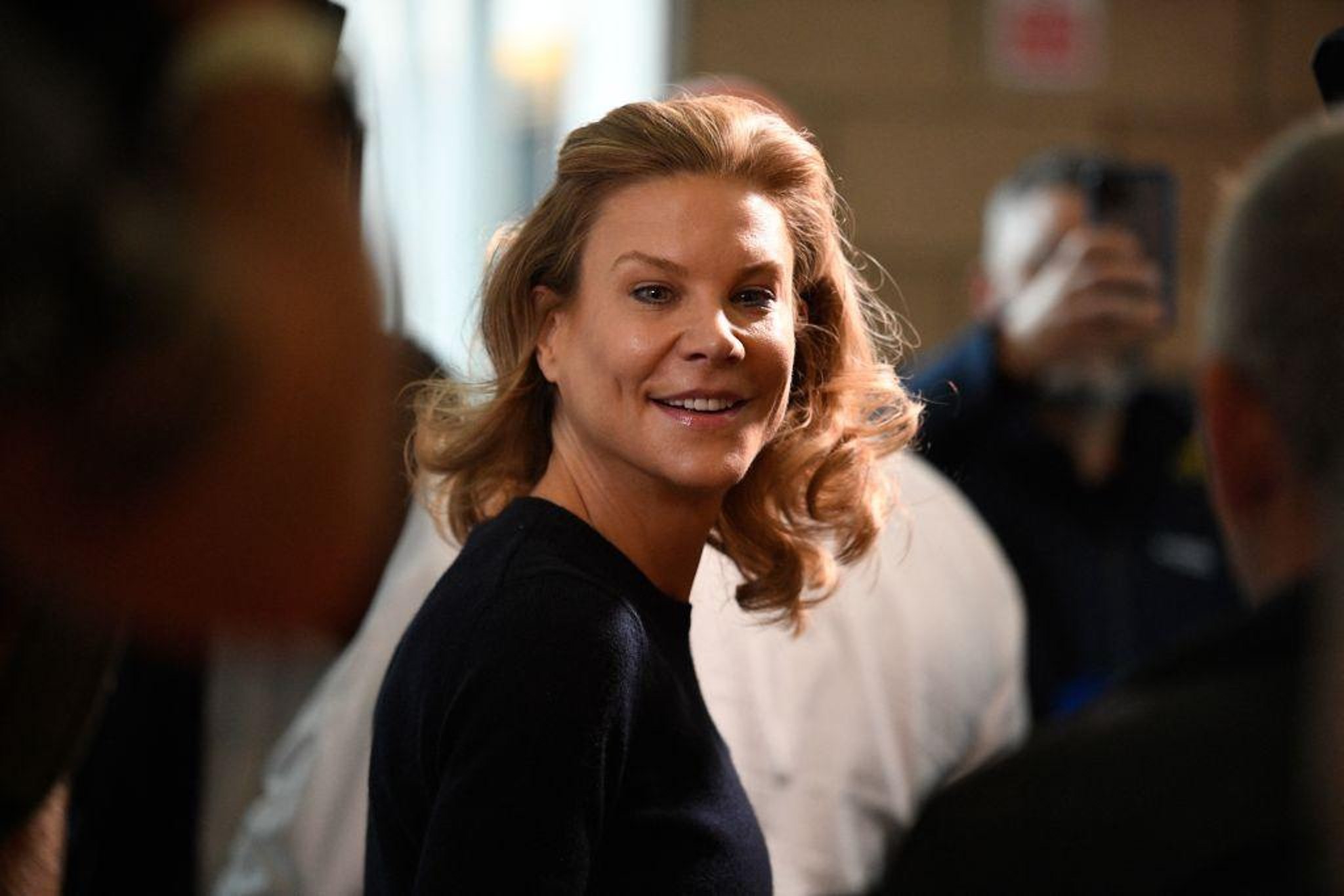 English top-flight clubs held an emergency meeting with the EPL to discuss the Saudi Arabian-backed takeover, which threatens to propel the Magpies right to the very top of world football.

Ahead of this weekend’s games, managers were asked for their views on the takeover – and we’ve rounded up their responses below:

Newcastle United director Amanda Staveley is the face of the new ownership. (Photo by OLI SCARFF/AFP via Getty Images)

"I have enough things to think about, honestly.”

"I don't have any kind of comments on that. I have enough to think about.”

“I just hope that this financial fair play is a big thing that is actually getting to be executed and then looked after, I think that's important. The rest I think you know, all the clubs, more or less, maybe I'm not updated well enough, but in the Premier League, have an owner with quite amount of money.”

"It’s a big chance for a club, when you want to transform a club or transform a team you need a lot of money.

"This is a club that has not had investment enough in the past and they are crying for more investment.

"At the moment, the window is closed. They cannot invest until the winter break - but in the future, this will change their opportunities as a club, yes, and during the next window, they can strengthen their team."

"There is a lot of noise about changes, a lot of possible managers, possible players -- but you cannot change it all. You certainly can't change the players now, so who knows what direction that club goes in."

“I think it’s normal people have concerns, We trust the Premier League, they have accepted and they are the authorities.

“They have allowed it and Newcastle have new owners. The new owners seem to be promising for a famous club in England and it seems we have a new competitor for titles and places in the top ranking.

“We play in the toughest league and it always seems to get tougher.”

"What will it mean for football? A few months ago, we had a massive issue in the football world with 12 clubs trying to build a Super League.

"It didn't happen but this is kind of creating a 'super team' if you want.

"It is pretty much the same. Guaranteed spot in the Champions League. In a few years' time, not immediately. With how financial fair play is used nowadays where nobody knows exactly whether it is still existing or not.

"Newcastle fans will love it of course but of course for us, it just means there is a new superpower in Newcastle. I can't avoid that.

"Money cannot buy everything but over time they have enough money to make a few wrong decisions to then make the right decisions and then they will be where they want to be."

“I have a very, very good relationship with the Newcastle United fans, the city, everyone.

“I think it is not fair for me to talk too much about that. I am the Everton manager now but I wish them all the best.

“There are so many things we can talk about that I prefer just to stay away from that and just wish them all the best.”

"Looks like the Newcastle fans I saw were happy. It's business, people took over a club and the people of Newcastle are happy.

"I'm far away from why the decision was made."

"I didn't think it was going to go through but now it has and it is going to change the picture.

"I don't know the plans of the new owners, I can't say if they're going to spend loads of money or what they're going to do. It's a fantastic football club with traditions, I enjoyed that spell when Newcastle were up there (in the 90s).

"Short-term, it's not going to change but, long-term, it's gonna be interesting to watch and it has been the talk of football the last two weeks and if they can do that with the results, that's what they want.

"But as I said, it's not my focus. I don't want to join in that political discussion."

"I've been a little bit flabbergasted at the exposure there's been on Steve Bruce. Breaking news that he's actually taking training when he is the manager of the football club?!

"He's the manager of that football club and, hopefully, he'll be given the chance to continue to do that.”

"In truth, I don't know about Newcastle to comment on it.

"They're a big club and always were a big club, but time will only tell if they become even bigger."

“I don’t have a big opinion, in these modern days this kind of thing can happen.

“When you buy a club you cannot take the club from the fans, I think this is the most important thing.

“For Wolves, we can feel that. The owner is not English but he doesn’t take the club from the fans or the club from what it means."

“It’s always going to be a challenge for the likes of ourselves. It’s important that when you have money, you also have direction. Here, we have a structure that allows us to compete.

"For the people of Newcastle, it gives them hope that a great club can be up there challenging again. It’s a good thing if they get that feeling back. It’s a huge club. With the right investment, they could be a challenger.

"We can only concentrate on ourselves and make sure we have an identity and it’s all with common sense.”

"Everything that you can signal out, and I am not saying in favour because there are some positive things but all the negative things that are being said, they have two big ways of being observed.”

"I cannot ask for better owners and we are also not jealous as a club.

"They (Delia Smith and Michael Wynn-Jones) have so much passion for the people and are concentrated on bringing the right values to the club.

"They are concentrated on the long-term process, and not just quickly spending an unbelievable amount of money to bring some success - which doesn't work anyhow because you leave the club in a financial disaster."