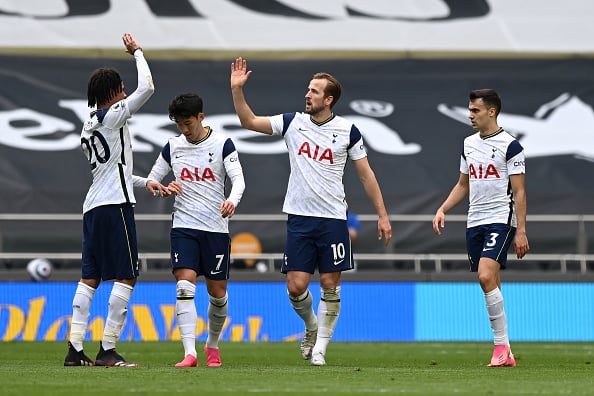 Chris Sutton has predicted on Twitter that Tottenham Hotspur striker Harry Kane will cause damage to Newcastle United this weekend.

Tottenham will take on Newcastle away from home at St. James’ Park in the Premier League on Sunday.

England international striker Kane is set to start and lead the line for Spurs.

Former Chelsea striker and BT Sport pundit Sutton believes that Kane will be huge for Spurs and could really hurt the Magpies.

For all Fantasy players…Just putting it out there that I’ve a strong feeling that Harry Kane is going to go huge this weekend. Wouldn’t want you all to miss out so don’t complain when he fires and you’re not on him…

Kane is not scoring goals in the Premier League at the moment and does not appear to be very confident.

The striker is not getting chances, and his overall performance has dipped.

However, we should never doubt Kane.

Kane is one of the best strikers in the world, and his record speaks for itself.

The Tottenham star has scored 166 goals in 251 appearances in the Premier League so far in his career.

Interestingly, the striker has a very good record against Newcastle as well.

As reported by SportsMole, the 28-year-old has won six out of 13 times against Newcastle in all competitions.

The England international has scored seven goals against the Magpies.

Five of those seven goals have been at St. James’ Park.