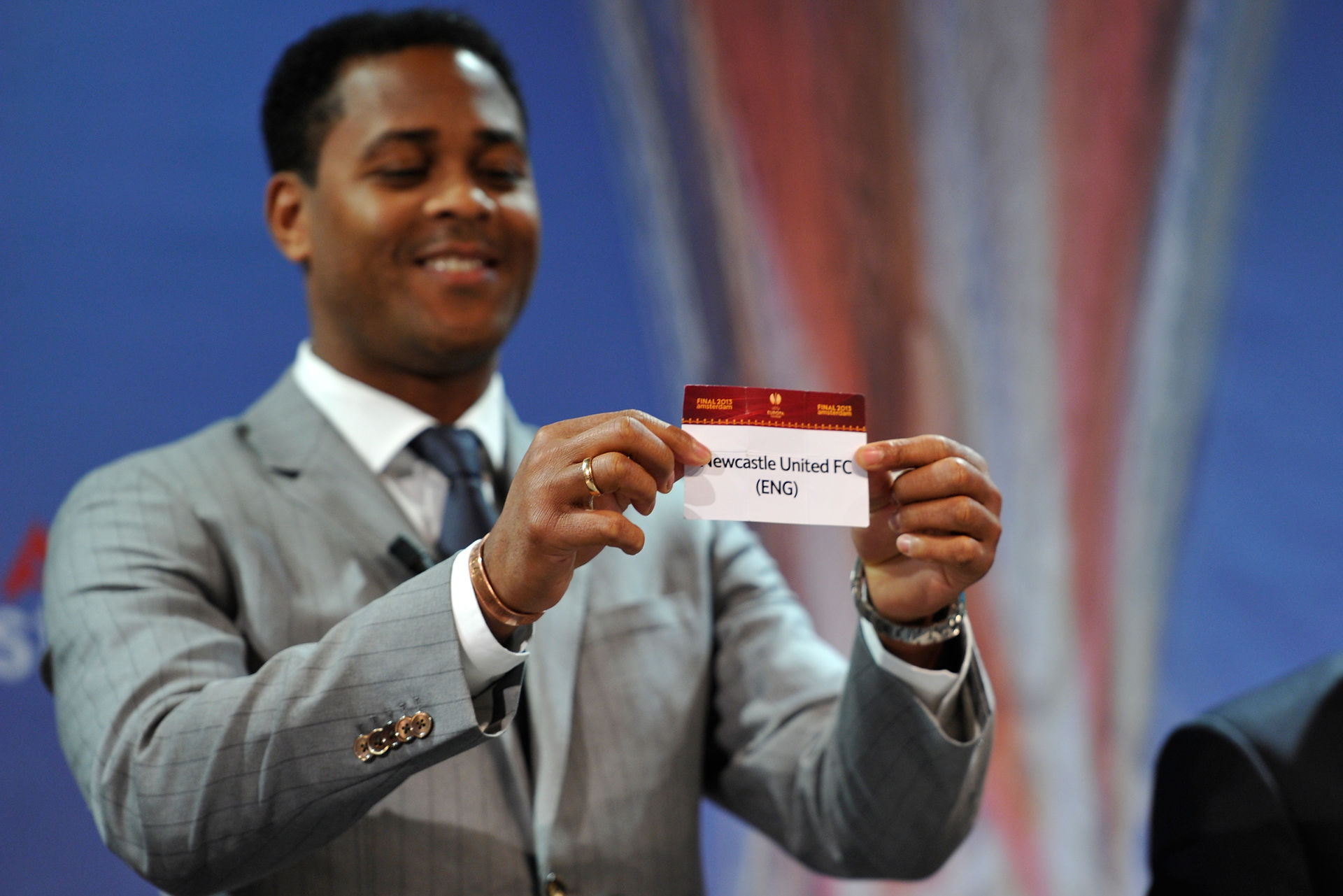 Patrick Kluivert has stated that Newcastle have a ‘fantastic stadium’ and ‘great fans’, as he posted on Sky Sports Instagram page.

For any away supporter, they will know that it’s quite the mission to walk up the away steps at their ground and it does your legs the world of good, well it certainly tests them.

And before Newcastle’s 1-1 draw against Leeds on Friday, both Neville and Carragher decided to test it out.

With Go Pro’s strapped to their heads, they raced each other to the top of the steps.

Carragher won the race, whilst his fellow Sky pundit was left slumped before the end on the steps, as he found it that bit difficult on the legs to go all the way.

Nonetheless, that’s when Kluivert made his comments about Newcastle’s fans and wrote the following message in the comments section: “Fantastic stadium and great fans.” added with fire emojis and the #toonarmy hashtag.

One thing is for sure, the mood isn’t jovial between the supporters in the North East when it comes to supporting their team.

From having to watch Steve Bruce football, Mike Ashley is still in charge and that Saudi bid not going through.

The already-frustrated Newcastle supporters are getting even more frustrated, and rightly so.

In other news, ‘There’s no doubt’: Postecoglou shares why he was ‘really proud’ after Celtic defeat