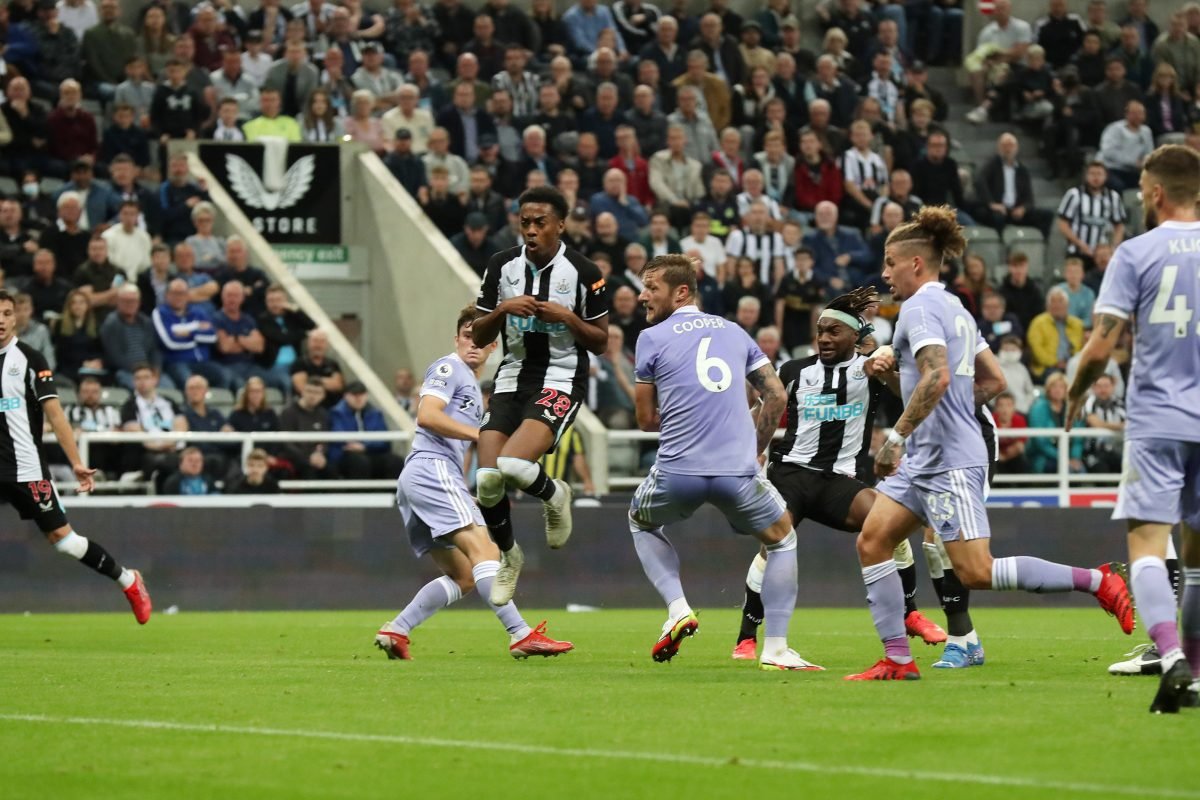 Newcastle United forward Allan Saint-Maximin has described Leeds United as a ‘great team’ and underlined how tough it is to play against Marcelo Bielsa’s side.

Leeds played out a 1-1 draw with Newcastle on Friday evening, as both sides’ wait for a first Premier League victory this season stretches on.

Saint-Maximin struck just before half-time, cancelling out Raphinha’s early goal. Leeds were on the end of praise from the Newcastle forward in wake of the game.

As quoted in the Yorkshire Evening Post, Saint-Maximin was quick to point out that Leeds were a great team capable of going toe-to-toe with the Premier League’s best.

The players gave everything. You don’t forget that Leeds is a really great team.

They played a really great game against the big teams – City, Chelsea, Liverpool, you can see that last season.

Saint-Maximin caused Leeds a number of problems on Friday night, breaking onto Bielsa’s defence and carrying the main threat Steve Bruce could offer.

On the stroke of half-time, he zipped across the front of Leeds’ defence and then punched a shot back across Illan Meslier for 1-1.

Raphinha had earlier opened the scoring for Leeds at St James’ Park.

Saint-Maximin isn’t the first player to state Leeds are tough to play against, and you can be sure that he’s not going to be the last.

On the flip side of things, it’s probably fair to say that most Leeds fans will agree that Saint-Maximin isn’t easy to play against!

He caused us a number of problems on Friday night and was the only reason Newcastle managed to pick up a point.

One observation you could make is that the Frenchman is wasted at St James’ Park. He could play for most sides in the Premier League and the thought of Bielsa developing him at Leeds is frightening.

That’s a pipe dream, of course, but there’s a mutual respect between the two parties in question after Friday.