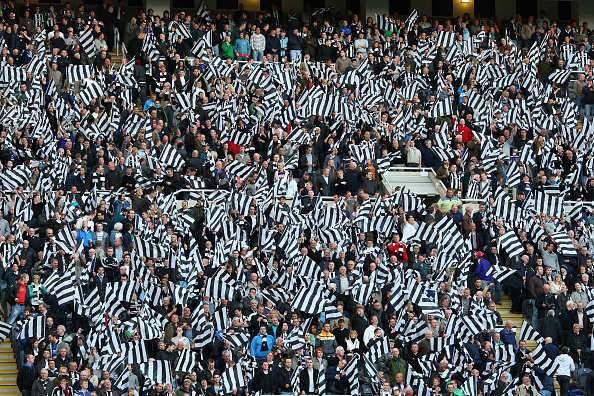 Newcastle United fans weren’t too happy with Mike Dean getting in Isaac Hayden’s way during their 1-1 draw against Leeds on Friday night.

Whenever Dean is offiaciitng, he always seems to find himself in the limelight and that included during Newcastle’s home clash against Leeds.

That was the case at St James’ Park with Newcastle’s official Twitter account posting about Hayden being ‘denied by a great challenge from referee Mike Dean’.

56' The ball breaks out on the edge of the box towards Hayden but he's denied by a great challenge from referee Mike Dean.

Newcastle fans saw the funny side to the club’s post, but they were also critical of Dean.

When the ball was going to break for Hayden on the edge of the area, he was seemingly looking to line up a shot or play a pass.

Either way, he had the space to do so, only for Dean to get in his way as he was trying to get to the ball.

In the end, the ball ended up going for a throw-in, and in his own typical way, Dean just shrugged his shoulders as Leeds were awarded the throw.

Newcastle fans don’t like how Dean always seems to be centre of attention and that was certainly the case on Friday.

There was also the penalty shouts from the away side because they felt that Dan James should have been awarded a penalty in the first half.

But, once again, both the on-field referee and VAR waved away any of those calls.

Here is a selection of Newcastle fans reacting to the Dean/Hayden incident:

Man of the Match Mike Dean

Yes Mike Dean was a good Leeds defender. He stopped him twice Leeds had 12 men

In other news, Report: Arteta called up Arsenal 18-year-old winger in training at London Colney