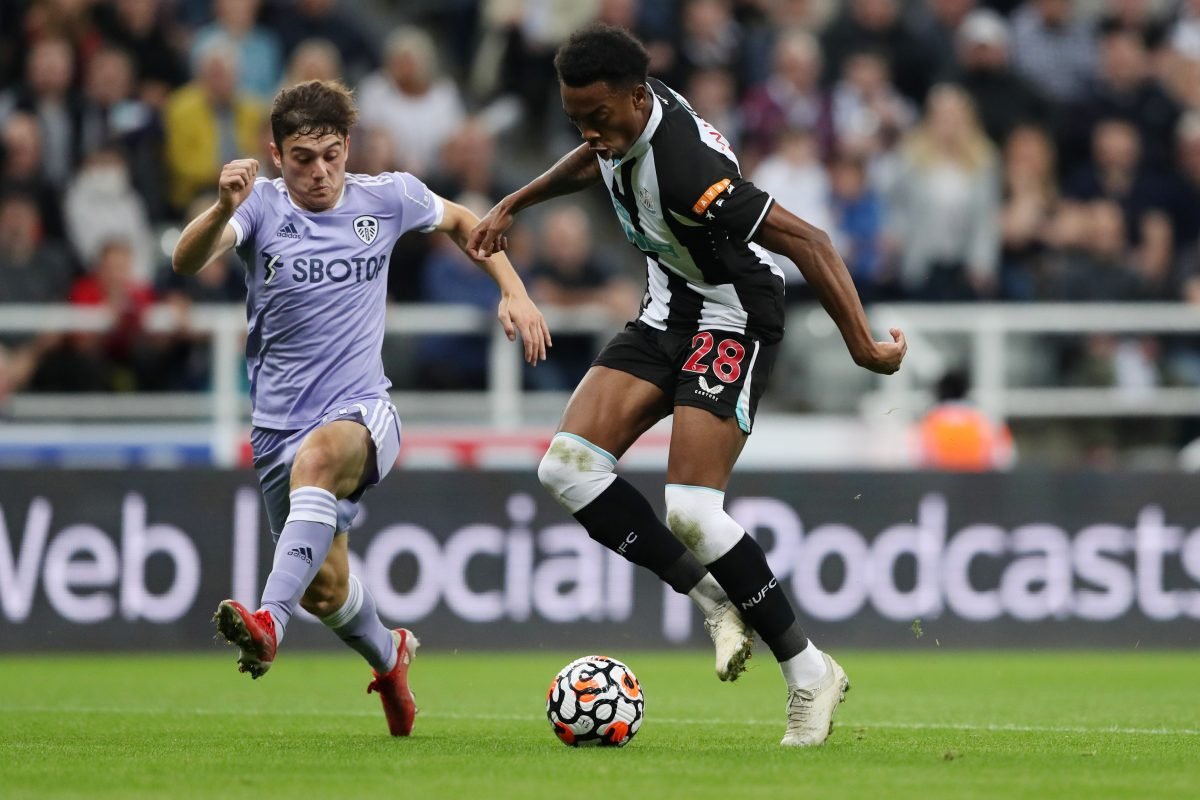 Plenty of Leeds United fan have been expressing their frustration at their side not being awarded a penalty in Friday night’s 1-1 draw with Newcastle.

Marcelo Bielsa’s side continue to search for their first league win of the season, although things could have been different had Mike Dean pointed to the spot mid-way through the first half.

With Leeds leading 1-0 thanks to Raphinha’s 13th minute cross-turned-shot, it looked as though they would get the chance to double their lead shortly after.

Cutting into the Newcastle area, Dan James was brought down by the loose leg of Joe Willock, with the Newcastle man getting nowhere near the ball.

However, referee Mike Dean showed no interest in pointing to the spot, while VAR opted not to intervene, although pundits Jamie Carragher and Gary Neville – covering the game for Sky – both expressed their surprise that a spot kick was not awarded.

It was a similar sentiment from The Athletic’s Phil Hay as he took to Twitter to give his thoughts on the incident, describing it as a “very strong shout for a penalty”.

Responding to those comments, plenty of Leeds fans not surprisingly were in agreement, and here, we take a look at what some of them had to say.

100% pen, I know it’s Bielsa’s way but we really don’t help ourselves in these situations. Any other club’s players scream in the refs face and apply pressure for them to check it

Very strong shout?! It was a penalty (stone wall), and had we gone 2-0 up that would have been game, set and match. That said we could and should have been out of sight by half time.

Stone cold penalty. Another example of how things just aren't going for Leeds at present. A converted penalty and its 2-0. The difference between 1 point and 3.

The fact that we never make a big deal of it harms us imo. As usual, barely anyone appealed for it. Noble that we don't harangue refs but no denying that drawing attention to poss fouls and pens has an impact on whether the ref gives them or whether var even bothers to review.

That’s putting it mildly. Stonewaller! Not even a VAR check baffles me. It is the inconsistencies again that do my head in. Clearly an agenda v Leeds

When Gary Neville says it’s a stonewall pen for Leeds, there’s nothing more to say

Agenda against leeds is back.
We've been waiting ,it's finally here.

It is hard to blame those of a Leeds persuasion for being frustrated about missing out on a penalty here.

There is no doubt James is inside the area, and that there is contact on him but not the ball from Willock, so it is hard to see how VAR does not get involved in the decision making at the very least.

Had Leeds been given a penalty and scored, then a 2-0 advantage in front of such an unhappy Newcastle crowd would surely have set them on their way to a first league win of the season.

With that in mind, Leeds will no doubt be hoping that those two points dropped, do not prove to be a major factor in the table come the end of the season.