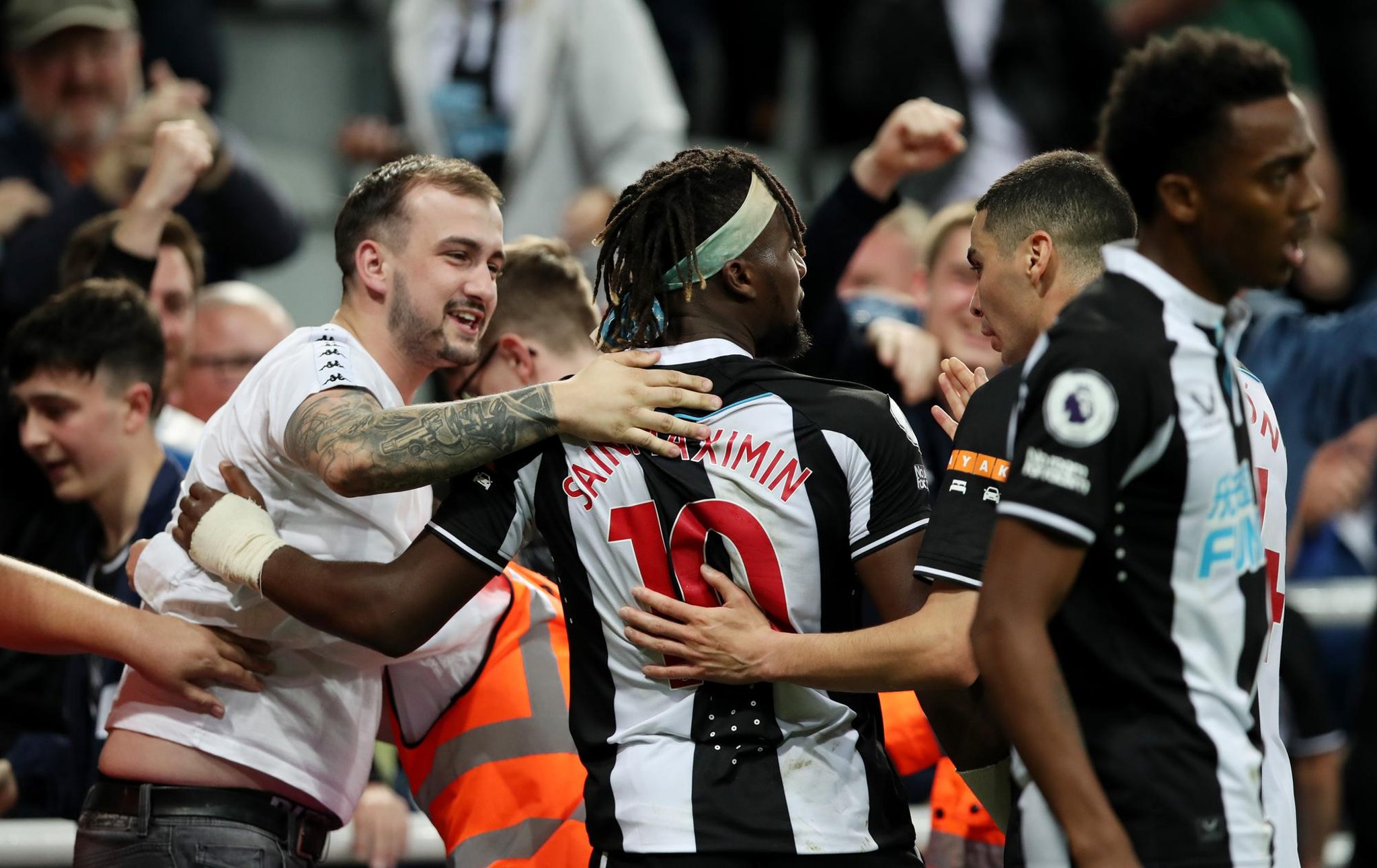 NEWCASTLE UPON TYNE, ENGLAND - SEPTEMBER 17: Allan Saint-Maximin of Newcastle United celebrates with a fan after scoring their team's first goal during the Premier League match between Newcastle United and Leeds United at St. James Park on September 17, 2021 in Newcastle upon Tyne, England. (Photo by Ian MacNicol/Getty Images)

The French winger danced around the Leeds defence with ease before slotting home the equaliser just before half-time for Newcastle United last night, giving fans something to cheer about during a rather difficult period on Tyneside.

The goal made it 1-1 following Raphinha’s opener and was met with cheers from the home crowd – a positive change from the boos and anti-Steve Bruce chants that had ran throughout St. James’ Park during the first half.

Saint-Maximin has been one of the few good talking points for Newcastle fans recently, with last night’s equaliser making it two goals and two assists for the season for ASM.

The latest injury to striker Callum Wilson has left the Magpies heavily relying on the former Nice man and so far he has delivered.

Leeds United looked certain to take the points after piling on the pressure after Raphinha’s goal but Saint-Maximin nicked the point for the home side and football fans were quick to praise the attacker on social media.

Here is what they had to say…

Allan Saint-Maximin is an absolute gem of a footballer.Every time he gets on the ball, you can’t help but sit up and take notice. That freedom of creativity cannot be coached.

Allan Saint-Maximin, one of the most electrifying players in the league ngl

Newcastle United will be hoping to take the positives from last night’s performance into their trip to Watford next weekend, before travelling to Molineux Stadium in a fortnight.