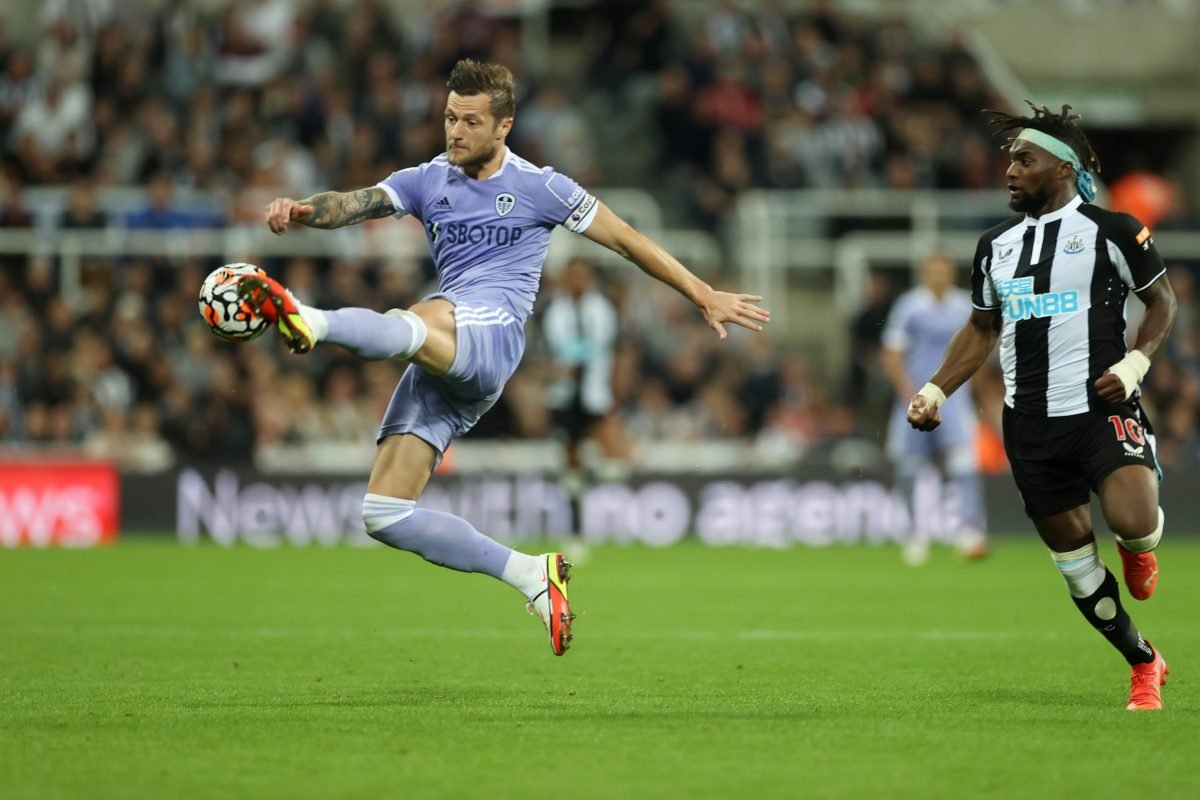 Liam Cooper impressed in the heart of Leeds United’s defence last night as Marcelo Bielsa’s side were held to a 1-1 draw by Newcastle United.

Leeds’ options in the heart of defence have evaporated in recent weeks. Diego Llorente and Robin Koch are missing due to injury, whilst Pascal Struijk is suspended. That leaves Cooper as Bielsa’s only recognised senior centre-back.

He was paired with Luke Ayling last night as Leeds posted another Premier League point with a draw at St James’ Park.

It was a tough evening for Leeds’ defensive unit against the tricky Allan Saint-Maximin, whose goal cancelled out Raphinha’s opener.

Cooper and the rest of Leeds’ defence stood firm as their influence on the game faded in the second-half, with the captain coming in for plenty of praise on social media:

Unpopular opinion, but Coops had a good game tonight

Best he has played all season tonight

One of our better players has been all season

Great tackle near the end, should have done better for the goal

He played better than usual, maybe he feels the need to work harder now that we're thin in def? Hopefully he can keep it up 💪

Cooper was good last night in Newcastle. He’s often the scapegoat for some supporters when Leeds drop points, but he deserves credit for some key interceptions and blocks last night.

It’s tough for Leeds right now with injuries, particularly in defence, so for the captain to stand up and put a few doubters in their place is massive.

Newcastle (Saint-Maximin in particular) are difficult when they break on you and Leeds dealt with that pretty well on the whole last night.

Of course, Marcelo Bielsa will be hoping Cooper can replicate that type of performance in the coming weeks. Things aren’t getting any easier on the injury front and West Ham are the visitors at Elland Road next Saturday.

We need another big 90 minutes from the skipper.