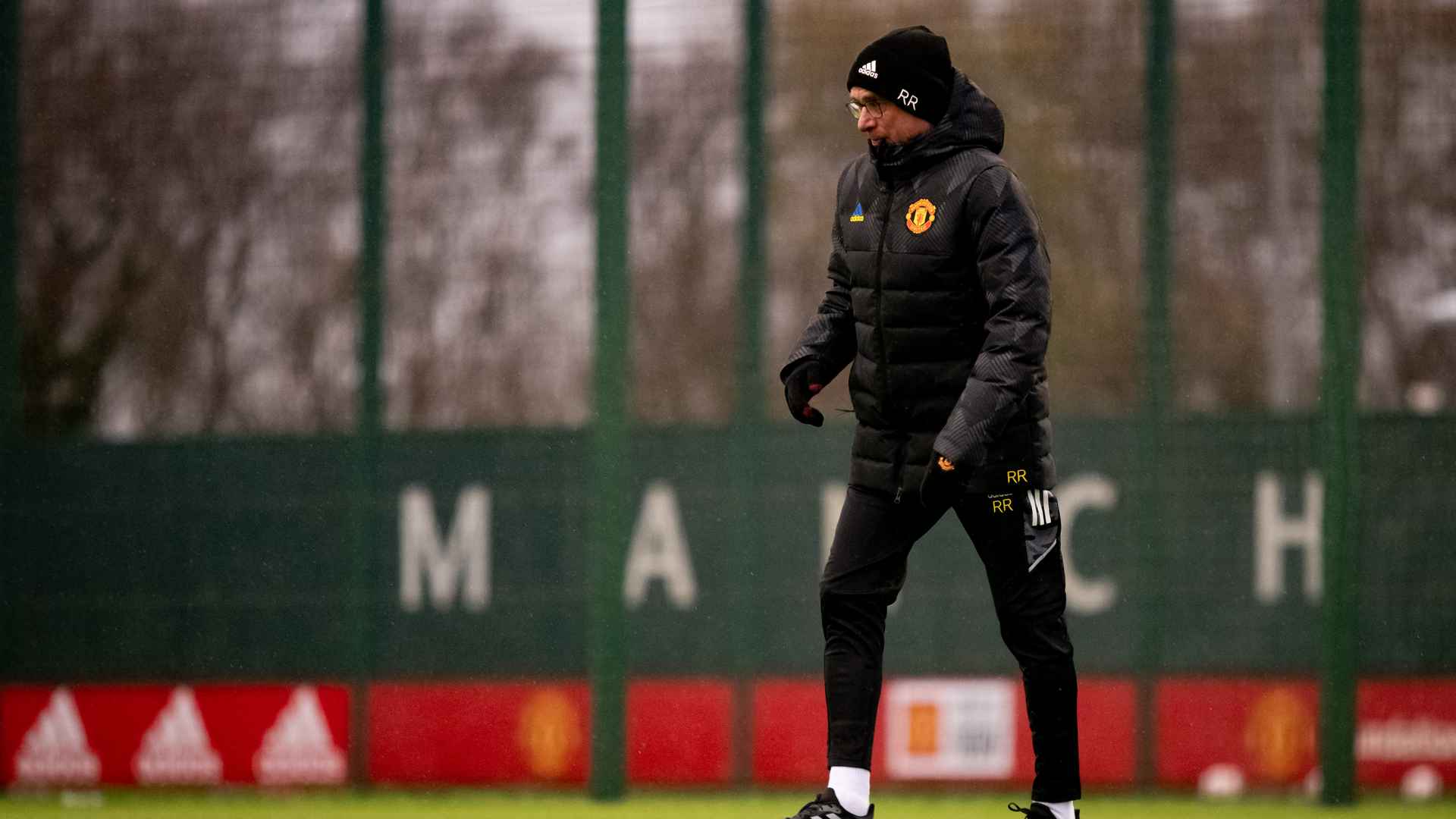 The interim manager appreciates the importance of the Old Trafford contest against the fourth-placed Londoners, ahead of a sizeable pause in action, and is hoping his team can replicate the second-half performance at Brentford in midweek.

In addition to discussing the latest team news, he also talked about the midfield three, Diogo Dalot's form and the desire to get the fans' backing from the outset in the 15:00 GMT kick-off.

Are any of the players who missed the Brentford game available for this weekend?
“Since we are training at three o’clock this afternoon, we have to wait in order to finally assess that. As it seems, Luke will still be out for the game and, unfortunately, the same with Victor. There was an incident at his house at game-time and his house was burgled. At the time, the burglars entered the house and his wife and two little children were in the house. I spoke with Victor this morning at length and, right now, he just feels he has to stay home with his wife and family. It was, as we all can imagine, a traumatic event for his wife and he asked me to be allowed to stay with his family. Since I have two children myself, for me, yeah that was more than normal that he wants to stay with his family right now.”

That’s sad to hear. Are you still expecting Jesse and Aaron to be missing?
“Aaron will still be missing, he’s still ill. Jesse resumed back for training yesterday and he will be training today so he should be available for the game. Then we have another couple of question-marks. We need to see where Jadon stands. He didn’t train yesterday. As you know, he attended a funeral on Wednesday and didn’t want to train yesterday as he is still affected by that. We will have to see. I will see him for training today and speak with him after the training session, to see if he is in the state of mind and also his energy so he can be available for tomorrow. Cristiano is a question-mark because he has a problem with his neck. He received treatment yesterday for two-three hours and we will have to wait to see how he feels today. Edi hasn’t been training with the team yet and will hopefully resume training today and then we’ll take the final decision after the training session today, if he will be available for the game tomorrow.”

Scott took a heavy knock to his back in midweek but you said you were hopeful he’d be okay…
“According to the medical staff, and I spoke with Scotty myself yesterday, he should be back in training today and I think he will be available tomorrow.”

You talked about Bruno’s no.8 position in midweek – how do you see Fred and Scott’s roles in midfield – is it one of them as a no.6 and one as a no8 or can they do both?
“Well, the only thing, in the end, we did was turned that triangle in midfield around and put it upside down and, instead of playing with two holding no.6s and one no.10, we are now playing with one holding no.6 with Scotty, and two no.8s. I mean we don’t even need to tell the players how they have to interpret that role as this will happen automatically. Bruno will find his spaces in that pocket himself. He’s an offensive midfielder, he’s maybe even much rather a no.10 than a no.8, and the same with Fred. But I think for both players, this gives them, how shall I say, more opportunity and more freedom to play that kind of football where they’re good at – both offensively and defensively. Fred is also a player who is probably one of our best ball-winners. On the other hand, we’ve all seen in the last two games, how good and how important Bruno can be in possession of the ball and also defensively; he’s always working hard. He ran more than 12k per game, with the highest distance in the whole game. At the same time, on the ball, he is somebody who can score goals himself but also be, how shall I say it, altruistic enough to see a better-placed player, as he did twice at Brentford. When he played the ball square to the better-positioned team-mates, in the first instance for Mason and then, before the third goal, when he played the ball to Marcus.”

Is Diogo Dalot benefiting from a run of games and playing regularly?
“Yes, but I mean this is true for almost every player. If players get game-time, it will raise their level of confidence. I think, before until two or three months ago, he hasn’t had that much game-time because, on most occasions, Aaron was playing in that position. Right now, he’s getting a lot of game-time and we all know of all those offensive tools he has. He’s offensively one of the best full-backs we could have. He still has space for improvement in his defensive actions, one-on-one duels, anticipating and closing the gaps between himself and his team-mates. There is still space for improvement but he’s still a player who can develop and learn. So far, in the last couple of games, he did well and I was happy with his performances.”

We have more points away from home than at Old Trafford – how important is it we turn the ground into a fortress?
“Of course. It’s very important, even more so as we’re allowed to play in front of 75,000. In other countries, it’s not possible, I think England is the only country where you can still play in front of 75,000 in sold-out stadiums. Therefore, we have to take advantage of that. But this is as if you play together one-two with the supporters. We cannot expect the supporters deliver that support, no matter what is happening on the pitch. That first impetus has to come from us, the way we are playing with passion, with focus and also with concentration. As I said, I think we did well for most of the second half against Brentford, also the first 70 minutes at Aston Villa. Now the job is to show that kind of performance for 85, 90, 95 minutes.”