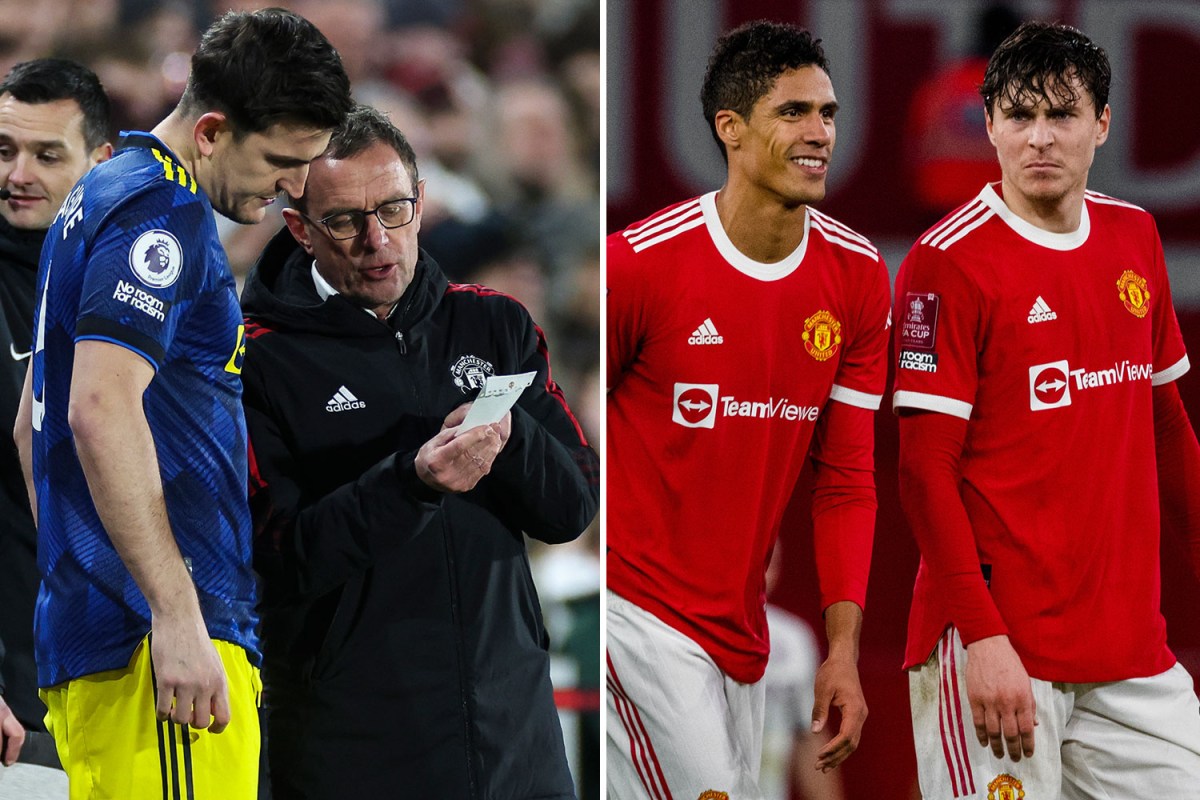 HARRY MAGUIRE has been warned he has a battle to keep his place in the Manchester United team.

The United captain only starts at home to West Ham because Victor Lindelof has been given time off after a break-in at his house.

Harry Maguire comes back into the side with Victor Lindelof absent due to personal reasonsCredit: Getty

Maguire was fit to begin the 3-1 win at Brentford after a recent injury but manager Ralf Rangnick preferred to stick with the pairing of Lindelof and Raphael Varane.

The boss said: “Harry from the first day I arrived he played. He received an injury in the Burnley game and was out for the next two or three games.

“He was fully fit for the first time for the Brentford game and I explained to him that I didn’t want to change anything because I thought Victor and Rapha were doing well and their partnership was working well.

“Now with Victor being out, Harry will play from the beginning and obviously again he will be the captain of the team.

“In a back four it’s not only the individual performance of each player it’s how they cooperate and work together and this is not the first time Harry and Rapha will play together.

“They did it quite a few times in the last couple of months and I’m very positive that it will be a good partnership for the game.”

Jadon Sancho is set be missing again after a family bereavement kept him out the squad for the trip to Brentford.

Rangnick said: “He attended a funeral on Wednesday, it still affected him quite a lot. I'm not sure if he will be available for the game.

“It was an important member of the family, somebody he was close to all his life. I have to wait and see, speak to him before training and after training and take the decision.”