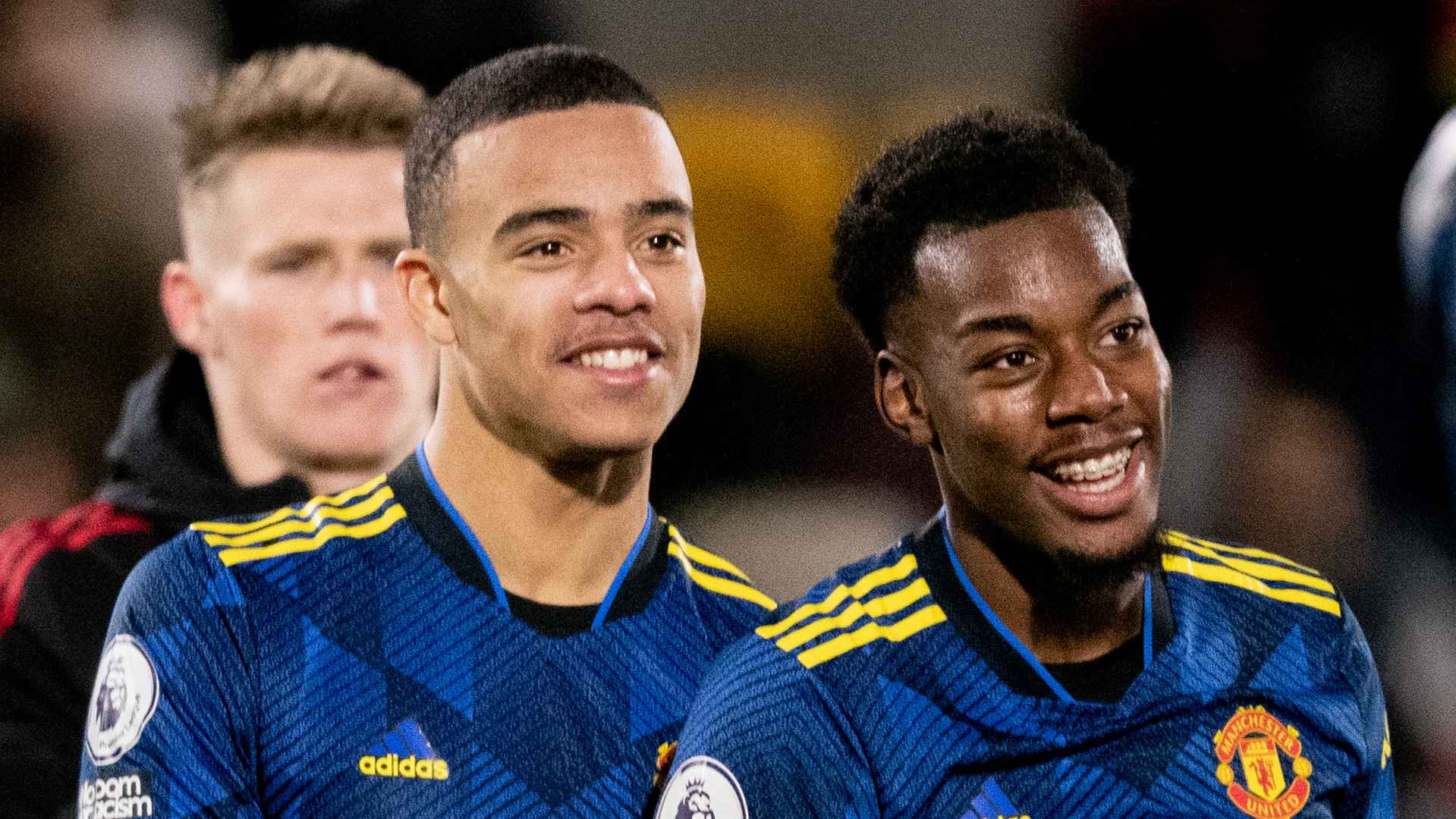 There's always a few surprises whenever Manchester United's starting XI is announced – and Saturday's crunch Premier League game with West Ham is shaping up to be no exception.

Fans are already hotly debating who might start the game – especially in the attacking positions.

The much-anticipated team news will be revealed at 14:00 GMT on Saturday (22 January) – one hour ahead of kick-off at Old Trafford – and you can find out who's involved via the United App, ManUtd.com, MUTV and our social channels. Don't forget to make your United Predictions, either – you could win a signed shirt!

In our exclusive pre-match interview, Ralf Rangnick broke the news that Cristiano Ronaldo could be a doubt for the game, after straining his neck during the 3-1 win over Brentford on Wednesday. The boss also explained that Edinson Cavani had missed much of the week's training.

“Cristiano is a question mark because he has a problem with his neck,” Ralf told Stewart Gardner. “He received treatment yesterday for two-three hours and we will have to wait to see how he feels today.

“Edi hasn’t been training with the team yet and will hopefully resume training today and then we’ll take the final decision after the training session today, [around] if he will be available for the game tomorrow.”

On the plus side, three of our Academy-produced forwards – Anthony Elanga, Mason Greenwood and Marcus Rashford – did the business at Brentford.

So will lead the line for the Reds when we take on David Moyes's in-form Hammers?

RONALDO WILL FIND A WAY TO PLAY! It's disappointing to hear that Cristiano might be unavailable for selection this weekend. The Portuguese is our top scorer with 14 goals in 2021/22, and no other player in the squad can match the 132 he's netted across his career for United. But, deep down, I'm still confident he'll find a way to get onto that pitch come 3pm on Saturday. You only need to look at his reaction to being substituted in the 3-1 win at Brentford to realise just how much this man lives for playing as many matches as he can; for scoring as many goals as he can. Cards on the table, I think it would need to be a pretty serious issue for the 36-year-old to be ruled out – especially given this is our only game for almost two weeks. That handy buffer should allow him time to recover for Middlesbrough in the Emirates FA Cup.

I'm backing Ronny to make it.

THE ACADEMY LADS WILL START!

We all know that Cristiano will do everything he can to make it for Saturday’s game. In both his first spell at the club and this second time round, it’s clear he’s eager to play every game and keep his goal tally ticking up. That being said, the 36-year-old has admitted he’s much more in tune with his body now, and aware of when it needs rest. He missed our back-to-back games against Aston Villa for that reason. Ralf Rangnick says Ronaldo has a slight neck problem and it would seem sensible to make sure nothing more serious comes of it.

That decision may be made easier by the goalscoring exploits of three younger forwards in midweek. Mason Greenwood and Anthony Elanga started either side of Ronaldo and both found the back of the net, while Marcus Rashford came off the bench to rifle home a third for United. Now he’s had the confidence boost of a good goal in front of United’s travelling support, I’m keen to see Marcus given a chance from the start. As for Elanga and Greenwood, the pair have put in excellent performances in the last few games and deserve to keep their starting spots.

Also important is the opposition. West Ham will not open themselves up at Old Trafford, but the Irons are in excellent form and won’t be scared to take us on. That should leave some space behind their defence in which the pacey Academy trio can run into and exploit.

Don't forget to pick your starting XI, formation, first scorer, result and Man of the Match via the United App. The fan who scores the most points wins a signed shirt, wherever you are in the world.

Here's what fans are backing at the time of writing...

Man of the Match