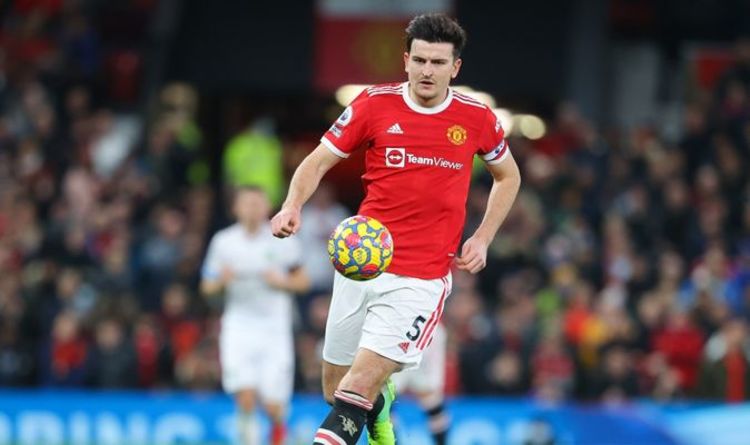 Manchester United flop Kleberson has insisted that United are currently better off without Harry Maguire after admitting that opponents have "taken advantage" of the struggling skipper this season.

Maguire has looked uncomfortable at times for United this season and has endured a difficult campaign.

The 28-year-old's struggles have come just months after he played an integral role in England's history-making run to the Euro 2020 final.

Since then, Maguire's form seems to have deserted him. The defender has turned in a string of abysmal performances in the Premier League and his poor form has seen him left on the bench by Ralf Rangnick for United's last two games.

And Brazilian midfielder Kleberson, who was on the books at Old Trafford between 2003 and 2005, has claimed that United are currently better off without their beleaguered skipper in the side - although he has backed him to reclaim his place in the team when the time is right.

"Harry Maguire is an excellent player and a very experienced one. He organises the back line well but has had a tough time this season in the Premier League, particularly in one-vs-one situations and where he has been short of pace," Kleberson told Paddy Power. "Speed really troubles him.

"By taking a step back out of the team, he will understand how he can improve by seeing what it is that he needs to get better at, and how he can play better with the other players around him.

United were expected to mount a serious title challenge this year (Image: EXPRESS)Former United flop Kleberson has stuck the boot in on Maguire (Image: GETTY)