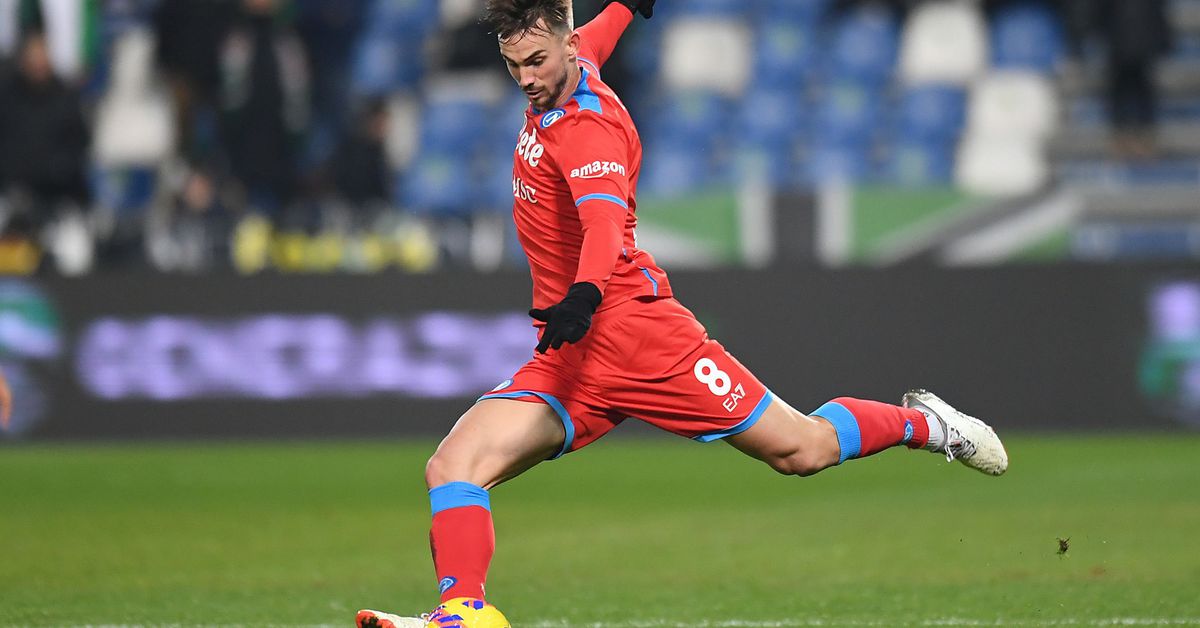 The January Transfer window has ran half of its course and Manchester United are yet to address their midfield situation. Recent games and injuries have shown that the current Midfield is not competent enough to compete both in Europe and in the domestic league and IF we want to qualify for the Champions league next season.

The coaching staff of United knows this flaw in their system and Rangnick is eager to add his options in midfield also considering Pogba’s contract situation which is still yet to be resolved.

Lots of options have been considered, but two names are making the cut who may become a part of United’s midfield in the near future.

The first name on the list is of 25 year old Fabian Ruiz, who has been one of the star performers in the Serie A this season.

According to Italian news outlet La Repubblica, United are currently in a ‘pole position’ to sign the Napoli midfielder ahead of other clubs like Liverpool and Arsenal.

The Spaniard’s contract with Napoli runs until 2023 and there has been rumors that he wants a ‘premier league’ experience and won’t renew with the Naples outfit. Although this move may seem unlikely this winter but United will be ready to go in all for him during the summer.

The midfielder has made 148 appearances for the Italian club since signing from Real Betis in 2018, scoring 20 goals and registering 13 assists. Ruiz, who has been capped 15 times by Spain and featured at Euro 2020 last summer, has been used as a CDM by Napoli boss Luciano Spalletti this season.

Considering all the rumors surrounding the Reds and Fabian Ruiz, West Ham midfielder Declan Rice still remains as the ‘dream’ target for Rangnick. There has been talk of him being the part of the United Midfield since the past year but as time goes, it seems impossible to sign him for our club.

West Ham are valuing the deep lying midfielder at a staggering 200 million euros which is clearly showing their intent to keep him for the future and not selling him to direct Premier league rivals.

Even if the Hammers are reluctant to sell him during the summer, United would face stiff competition from Manchester City and Chelsea for the Three Lions star man.

Still all things currently indicate that West Ham will not lower their asking price for Rice and United will need to break the British transfer record currently set by our rivals in order to acquire his services.

Ralf Rangnick’s preference for a midfielder trained for gegenpressing could steer the club towards a move for a player from the German manager’s former club. RB Leipzig’s Amadou Haidara, currently with Mali for AFCON duty, could fit the bill for a January move.

Haidara joined the Red Bull set up as a teenager by making the move to RB Salzburg, where he developed for two seasons before being sent to RB Leipzig in the Bundesliga. He’s developed nicely as a ball progressor, and he compares favorably with other midfielders when it comes to progressive carries and passes. He’s also got a decent record stopping shots and winning the ball in the air in midfield.

In recent days there has been reported contact between United and RB Leipzig over Haidara’s availability, and considering the dip in form at the club since Julian Nagelsmann’s departure they might be less willing to hold onto talent mid season. He is important for the club’s hopes of qualifying for Europe next season however, so a hefty fee will likely be required.

Let us know your comments on the Man United’s targets for the midfield position.