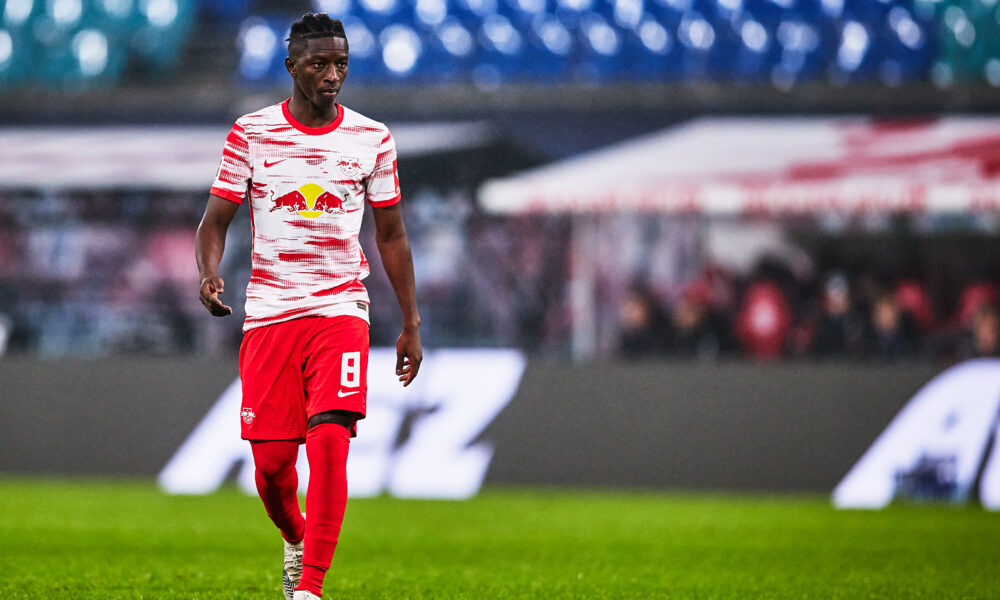 The Red Devils have been hugely disappointing over the past few weeks. They have picked up just five points from the last four league games.

Hence, they find themselves in a tricky position to finish in the top four, and interim boss Ralf Rangnick is reportedly eyeing winter reinforcements.

A new midfielder could be one of the priorities. Haidara appears the prime target. Rangnick previously brought him to Leipzig from Red Bull Salzburg in 2019.

Alongside the Red Devils, Newcastle United are also in the running to sign him, but Leipzig are unlikely to entertain any bids during the ongoing transfer window.

Haidara has a €40 million release clause on his contract, but that does not activate until the summer. Leipzig have a clear stance that he won’t be leaving this month.

Newcastle and Manchester United are interested in Amadou Haidara who’s dreaming of playing in UK (favourite club as a kid: #MUFC). Talks ongoing. But RB Leipzig’s pov is quite clear: No interest to sell the midfielder in winter! €40m-release-clause activates in summer. @SPORT1

United have largely relied on Scott McTominay and Fred in the centre of the park. The trend has been quite similar since Rangnick replaced Ole Gunnar Solskjaer in December.

Fred and McTominay have produced some stand-out displays under the German tactician. The duo have chipped in with valuable goal contributions, but have still been prone defensively.

Nemanja Matic has done a credible job when tasked to play in the holding midfield role, but the Serbian is no longer in the prime, and has struggled to impress beyond the hour mark of games.

Meanwhile, Paul Pogba has been on the sidelines with a thigh injury since November. The Frenchman could be out for another five weeks at least while his contract expires this summer.

Hence, a quality young midfielder should be the prime objective for United. Rangnick is likely to play a big part in transfer deals as he is due to take up a consultant role after this campaign.

Haidara has only become a regular over the past 18 months, but he has caught the eye with his tireless workrate and defensive contributions while chipping in with the occasional goal.

The 23-year-old has the dream of playing in the Premier League with United being his favourite club, but United may need to wait until the summer to acquire his services from Leipzig.

The club’s hierarchy could lure him by offering a sizeable transfer fee higher than the buy-out clause, but that appears unlikely as the board tend to haggle over player’s valuations.